Jordan B. Peterson’s 12 Rules for Life: An Antidote to Chaos (Random House) is currently the No. 1 bestseller on Amazon, in the United States, Canada, the UK, and Australia. This phenomenal success makes us wonder why this book attracts so much attention and whether we all can benefit from reading it. 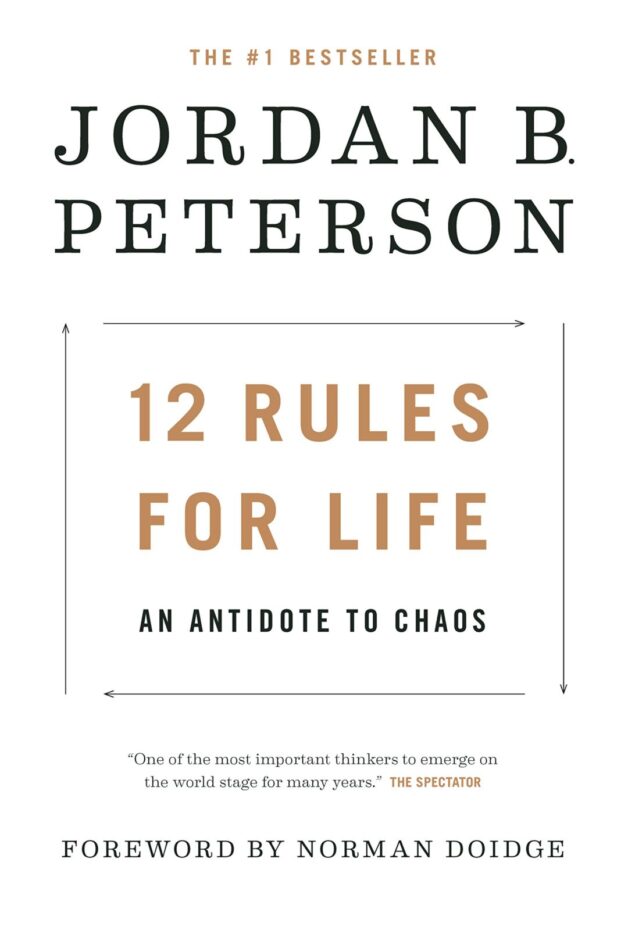 Unfortunately, Peterson is such a polarized public figure that people either love him or hate him. His anti-PC campaign has contributed to this celebrity status, but this notoriety has also made him the target of hatred for an equal, if not a greater, number of people. Consequently, his detractors simply dismiss his book offhand without reading it, while his fans embrace him hook, line, and sinker without fully understanding it.

My attempt to decode Peterson is for both groups of people. I believe that if one can get past his transgender pronoun battle and understand his complicated language of using metaphors, myths, and riddles in articulating his ideas, one will discover that he has something original and significant to contribute to the academic dialogue on such important topics as the meaning of suffering and the pathway to living a good life. His recent book actually covers the same terrain as Viktor Frankl’s (1985) Man’s Search for Meaning but within the current political and cultural context.

From my perspective, the Peterson phenomenon can be primarily attributed to three things. First is his ability (powerful intellect, formidable debating skills, and verbal facility) to be a courageous authentic voice for the voiceless majority and their discontents. Second is his fearless and compelling arguments against totalitarianism in any form or shape. Third is his compelling argument against new atheism for the existence of God and Christian worldviews in a sophisticated intellectual way that appeals to Christians and seekers dissatisfied with “shallow Christianity.” In certain sense, he is like a Francis A. Schaeffer for the 21st century of university students.

More specifically, Peterson’s battle is to reclaim: (a) personal freedom and responsibility against the political correctness of democracy and the slavery of communism; (b) masculinity against radical feminism and Marxism; (c) spirituality and/or religion against secularism, materialism, and scientism; (d) realism and facts against social constructivism and postmodernism. These recurrent themes run through the entire book.

What is unique about this book is that it is multidisciplinary and holistic: Peterson (a) refers to the Bible’s metanarrative as the overarching framework for a healthy philosophy of life and essential moral grounding; (b) employs the Jungian template of archetypes as his language to describe the unfolding of the human psyche (both conscious and unconscious); (c) practices the psychology of action, self-regulation, and navigating between yin-yang as concrete steps towards self-transformation; (d) relies on socio-biology and natural science as the grounding for reality. God, or the transcendental and supernatural force, has revealed his natural laws in things of nature just as he has revealed his moral laws in the Logos (the written Word and the incarnate Word); and (e) relies on great philosophers for illumination and great writers for inspiration and illustrations.

Everybody acts out a myth, but very few people know what their myth is.
And you should know what your myth is, because it might be a tragedy.
And maybe you don’t want it to be.
— Jordan Peterson

Peterson can be criticized by positive psychologists for not citing empirical findings and by Christians for not clearly affirming evangelical dogmas. Both criticisms are valid, but, ironically, he has provided deep insights and useful new ideas missing in both fields. For example, his book contributes to our understanding of both the depth and breadth of existential meaning, which is missing in the positive psychology of meaning (e.g. Smith, 2017). He even goes deeper than my treatment of meaning in life from the perspective of second wave positive psychology (PP 2.0) (Wong, 2016a). Similarly, his argument for the relevance of the Christian worldview is more influential than such Christian apologists as Peter Kreeft and Ravi Zacharias, and his exegesis of Bible stories on YouTube reaches more people than even megachurches.

More importantly, his 12 rules are based on time-tested ancient wisdoms from the East (Taoism and Buddhism) and the West (the Bible and Aristotle) as well as his own life experiences as a parent, husband, professor, and clinical psychologist. His existential-spiritual-dialectical view of the good life is the same as my existential positive psychology or PP 2.0 (Wong, 2011, 2012). A few days ago, I actually dreamed of a great showdown pitching Martin Seligman’s (2011) positivist binary approach against the existential dialectical approach of Peterson’s 12 Rules and Wong’s 12 Steps (Wong 2016b) to determine which approach produces the most lasting positive change in people through a series of real life challenges. This could be a great study as well as an exciting reality show!

Although Peterson’s book has a wealth of valuable information, it is not easy to understand because of the complex subject matters it attempts to tackle and his complicated way of weaving together different threads of arguments from various domains. It can be frustrating to those not familiar with the Bible, mythology, existential literature, and his metaphorical language. It can also be frustrating to those who disagree with his endless ramblings on his political views. 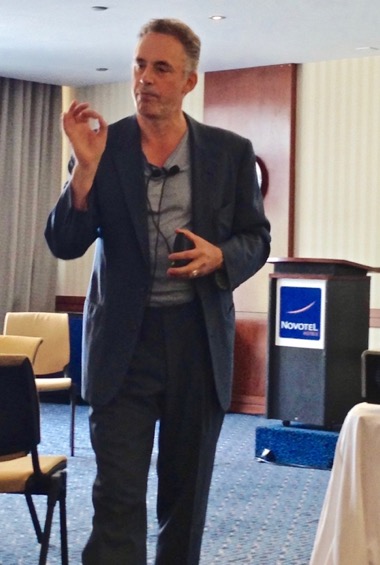 This is why I am offering four lessons to decode Dr. Peterson’s 12 rules for living a good life for both religious and non-religious people, detractors and followers of Peterson. I will provide empirical evidence supporting his views for those interested in positive psychology as well as Biblical references for evangelical Christians. My lectures will be followed by group discussions on how to apply these rules to our own lives. I believe that this series of lectures will help get to the heart of this challenging book, which can make a difference in your life.

Peterson is no stranger to our group. He has spoken four times at the INPM’s International Meaning Conferences. He was one of the keynote speakers in Meaning Conference 2016; at that time, he was still an obscure psychology professor, known primarily for his esoteric book Maps of Meaning (1999) and his lectures on YouTube. What a difference the last 20 months have made! He also did an interview on the meaning of life for us at the end of taping our Meaningful Living Meetup several years ago; in this interview, one can hear his basic view of meaning, based on his 1999 book.

I invite to join me on an intellectual and spiritual journey to discover what Jordan Peterson actually says. After all, “if Peterson is right, you have nothing to lose but your own misery” (Grainger, 2018). I am looking forward to seeing you all in this new series of meetups.

Permission must be granted prior to quoting or presenting materials.