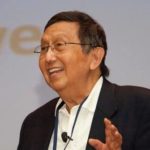 All human drama is, to a great extent, a story of how human beings cope with the terror of death, and how they overcome death anxiety through a great variety of conscious efforts and unconscious defence mechanisms.

When you think of death, what kind of image comes to your mind? Is it a cold, stiff corpse lying in a coffin waiting to be buried, or is it a freeing of the human soul from the prison of a physical body?

Most of us have images of death that are negative and disturbing, and that evoke feelings of fear and anxiety.

Palmer (1993) interviewed many people from different cultures about death and dying. With the exception of a Zen Buddhist Monk who accepted death as the shedding his old skin, most of the people Palmer spoke to had developed ways to deal with their mortality. He concluded:

They haven’t found Acceptance, but they haven’t mired themselves in Anger or Depression either. And more often than not one of the ways they handle death is to give it a recognizable face. Death is terrifying because it is omnipotent, omnipresent, and brutally impartial. At the same time, death is unknown and completely mysterious to us, a monstrous invisible presence threatening to take away everything we care about in an instant.…The death entities we create have an effect on the way we live our lives. (p.19).

Many people fear dying more than death itself. According to Government statistics, there are about 6000 common ways of dying, such as heart failure, stroke, cancer, accident, lightning, natural disasters and infectious diseases, etc. But in fact, there are just as many unique ways of dying as distinct ways of living, because the former is influenced by the latter.

Most people are afraid of dying a violent or painful death. They prefer to die in their sleep – without pain and without awareness.

I am proposing that dying can be a positive and rewarding experience; it can be a time of personal freedom and growth. But dying well begins with death acceptance. Furthermore, dying well involves hard work, because dying is more than a physical process.

Dr. Paul Kuhn, a physician in the palliative unit of St. Paul Hospital in Vancouver, reported his experience with a patient named Alice who was dying of cancer. She complained of a nagging pain in her chest, which was not responding to the pain control medication. Dr. Kuhn ventured to ask her whether the pain was in her heart (i.e. more than just the physical heart). She responded affirmatively, for it turned out that she was worried about her only child-a daughter-who was planning to marry “the wrong person”. This was the source of Alice’s pain and agony.

Dr. Kuhn wrote: “Alice, like others before her and many since, taught me that dying is more than just a physical event. It is a process that includes one’s whole being – physical, psychological, and spiritual…..Alice also taught me that dying is hard work, and that for the most part dying includes suffering, some of which may never be resolved” (Kuhl, 2002, xvii).

We may ask ourselves: Why is it so few people have found death acceptance? The answer, I believe, lies in our Western society; we live in a death-denying culture. We want to delay and slow the dying process through medical science, diet, and exercise. We want to maintain the illusion of youth through plastic surgery and adopting an active life style.

A more extreme form of death denial is the Life Extension Movement, which declares that death as a mortal disaster, a holocaust that kills 50 million people a year. Proponents of this movement wage an all out war against death on several fronts:

(2) The bases of death anxiety

Death is the only certainty in life. All living organisms die; there is no exception. However, human beings alone are burdened with the cognitive capacity to be aware of their own inevitable mortality and to fear what may come afterwards. Furthermore, their capacity to reflect on the meaning of life and death creates additional existential anxiety.

According to Goodman (1981), “The existential fear of death, the fear of not existing, is the hardest to conquer. Most defensive structures, such as the denial of reality, rationalization, insulation erected to ward off religiously conditioned separation-abandonment fears, do not lend themselves readily as protective barriers against the existential fear of death” (p.5).

What are your fears of death? Likely they are rooted in the bases of death anxiety:

To cope with fear of non-being, we resort to various kinds of symbolic immortality:

Acceptance involves a willingness to let go and detach ourselves from events and things which we used to value. A positively oriented acceptance also entails the recognition of the spiritual connection with a transcendental reality and the vision of sharing spiritual life with loved ones for all eternity.

Dennis Yoshikawa, a Shin Buddhist, explained that according to Shin Buddhist teaching, “to solve the problem of death, one must first solve the problem of life, living life. If one is able to do that, to live a truly human life, then there’s nothing to be feared by the experience of death, because the experience of death is a natural part of life” (Palmer, 1993, p.279).

According to Konosuke Matsushita, “What we should fear is not so much death itself as being unprepared for the eventuality….To be prepared for death is to be prepared for living; to die well is to live well” (as cited by Yamaaguchi, 1994). Matsushita also believes that one has to find out the mission God has given one to fulfill in this world.

Archbishop Desmond Tutu, who won the 1984 Nobel Prize for his role in the antiapartheid movement in South Africa, said, “When you have a potentially terminal disease, it concentrates the mind wonderfully. It gives a new intensity to life. You discover how many things you have taken for granted – the love of your spouse, the Beethoven symphony, the dew on the rose, the laughter on the face of your grandchild” (as cited by Kuhl, 2002, p.17-18).

Death is our master teacher. By accepting death and understanding its full meaning, we acquire wisdom. Be accepting death through faith, we find courage and an undying hope.

In his presentation on Claire Philip’s journal and poems in her dying days, Thomas Cole (1994) concluded with this powerful statement:

Her journal and poetry showed me that it is possible to live out the paradox contained in the old proverb: “Live every day as if you will be able to do good for a hundred years and live every day as if it were your last.” In reading Claire Phillip, I met a friend whose courageous growth will reassure me in times of doubt that the human spirit can continue to evolve until the every end of life.

I would like to end this paper by quoting the Apostle Paul, who has given us perhaps the most eloquent statement on positive acceptance through faith:

Goodman, L. M. (1981). Death and the creative life: Conversations with eminent artists and scientists as they reflect on life and death. New York: Springer Publishing Company