See how Johnny plays! Running, jumping, climbing, touching, flinging his arms, and poking into every hole, this little boy can tire you out just from watching him. The whole world is his playground, and everything a toy. A chair becomes a tall building, and a bath towel becomes Superman’s cape. But be careful; don’t leap too high!

Play is essential to a child’s learning and well-being; it is also a child’s full-time occupation. Life is a continuous flow, interrupted only by sleep and parental intrusions. What an exuberant display of energy and joy. There is no agenda, no ulterior motive, just the sheer pleasure of fun and games.

The child is the center of a friendly universe, created and regulated by loving parents. Disaster will surely strike, when Johnny is left to his own device. Even in the ideal world of a perfect child, spontaneous play flourishes only within safe boundaries and under watchful eyes.

But alas! The simple act of a child’s play contains seeds for both creativity and destructive monstrosity. The challenge we face is: how can we cultivate spontaneity without the risk of destructive self-indulgence? We need to consider the different faces of spontaneity in order to discover the rules for positive spontaneous living.

What is Creative Spontaneity?

Here are some of the qualities associated with individuals known for their creative spontaneity. How many of these are characteristic of you?

Most of the above attributes are typically associated with the avant-garde, the Bohemians, the flower children, the Woodstock generation, the intelligentsia, actors, and Peter Pan wannabes. But they can also be found among the pioneers, explorers, trailblazers, idealistic reformers, and all those who simply dare to march to a different drummer.

Such individuals are adored for their originality and courage, but more often than not, they are misunderstood and maligned. They are called misfits, rebels, iconoclasts, and by even worse names. Why? Most people are not very accommodating of eccentric individuals, because they feel uncomfortable and even threatened by those different from themselves. At a deeper psychological level, they resent the creative, spontaneous individuals for exposing their own shallow and insipid existence.

Most cultures that value traditions or social orders are wary of spontaneity spinning out of control. Thus, we are conditioned to distrust emotions and free expressions. We fear that spontaneity will lead to chaos, destructive behaviors and social unrest.

There is indeed a downside for the creative type. Personal lapses, excessive exuberance, and not playing by the rules can easily cross the line of ethical or legal boundaries. Just consider the allures and pitfalls of living in Michael Jackson’s NeverLand!

What is Pseudo Spontaneity?

For every “real thing”, there are always imitations and counterfeits. There is no exception for spontaneity. Immediately, I can think of various types of people who love the excitement of spontaneous living, but don’t want to risk the security and comforts of conventionality. Hence, the increasing popularity of planned spontaneity, which attracts a large following. They include the city slickers, weekend “Hell’s Angels”, part-time swingers, and vacationers gone wild. Some professional people have make it a routine that once a year, they would travel to a far-away land, take on a different identity, and live out their wildest fantasies before returning to their respectable roles and the trappings of success.

Superficial spontaneity is also pseudo, because it is only skin deep. The teens are particularly good at this kind of games. Seeking to establish their own unique identities and asserting their freedoms from adult tyranny, they pierce and tattoo their bodies and bedeck themselves with outrageous outfits and hairstyles. Yet, their premeditated spontaneity and calculated cool look conspire to make them poseurs. Their self-conscious presentation is no less artificial and pretentious than the models of haute couture; their fashion statement is the same: “Just look at me – see how cool I am!”

Then, there is the imitative spontaneity. Proponents include the groupies, the denizens of stomping grounds for the cool chic, and consumers of the latest trend in spontaneity by design. An unruly hairdo with the appearance of a pineapple or porcupine is more likely the creation of a hairstylist rather than the natural unkempt look of an Einstein.

Pseudo spontaneity is always contrived and transient. It seldom touches one’s inner core, from which true spontaneity flows. It is a product of the market place, to satisfy the need for a more spontaneous life style under controlled conditions. The art of practicing pseudo spontaneous is to dabble into dangerous waters without taking the plunge. Such practice provides a temporary relief from the boredom and banality of modern living without setting one free from the self-made prison.

What is Destructive Spontaneity?

While creative spontaneity contains potentially destructive elements, destructive spontaneity is inherently evil because of its wanton abuse of power. Evil is at its best, when freedom is wedded to power. Catering to the darker side of humanity without any internal or external constraints provides an ideal incubator for monsters. School killings, road rage, random shootings, temper tantrums and violent outbursts at home and at work are some examples of spontaneous expressions of the primitive emotional brain unfettered by the executive control center of the frontal cortex.

On a larger scale, despots and tyrants are dangerous evils because, unlike ordinary citizens, they have control of all the apparatus of financial, political and military powers. The entire humanity is diminished and endangered to the extent that a single leader is free to exercise absolute power. Remember Hitler and the Holocaust! 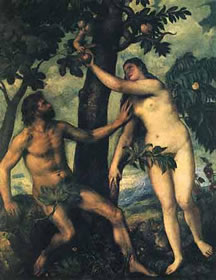 Here are some of the telling signs of destructive spontaneity:

What is Positive Spontaneity?

So much have been written in praise of spontaneity. For Viola Spolin, theatrical director, spontaneity is “the time of discovery, of experiencing, of creative expression.” To J. F. Kennedy, spontaneity is the creative impulse that holds a nation together and makes a society flourish. To humanistic psychologist Rollo May, “Creativity is not merely the innocent spontaneity of our youth and childhood; it must also be married to the passion of the adult human being, which is a passion to live beyond one’s death.”

But how can we achieve positive spontaneity? Is it even possible to be spontaneous without being destructive in a society that glorifies greed and selfishness? Can we just do it without negative consequences? What can be done to harness creative spontaneity to positive ends?

Taoism, one of the major philosophies of China, provides useful insight on these questions. Tao literally means “the Way”. It is the ultimate reality and creative process of the universe. It is only through living in harmony with nature can we achieve simplicity and spontaneity. This Taoist ideal can be attained through cultivating “wu-wei”, the practice of “do-nothing”. According to Tao Te Ching, the classic of Taoism, inaction is characterized by humility, prudence, and wisdom, and made possible by disengagement from any kind of worldly pursuits, including the striving for virtues. Such spontaneous lifestyle is free from destructive selfish impulses only through surrendering oneself to the Way.

Do not get drunk on wine, which leads to debauchery. Instead, be filled with the Spirit. Speak to one another with psalms, hymns and spiritual songs. Sing and make music in your heart to the Lord, always giving thanks to God the Father for everything, in the name of our Lord Jesus Christ. Submit to one another out of reverence for Christ. (5:18-21)

The Spirit of God cannot be contained. The joy of the Lord is bursting out in songs and praises. The spiritually transformed soul also manifests itself in surrendering to God and submission to each other. One is free to do whatever one wants without offending God, when the Spirit is in control.

So what are the rules for sustainable spontaneous living? For me, the duality of creative and destructive spontaneity can be reconciled through the following set of rules:

See how the birds fly and how the fish swim. They can be free and spontaneous only when they are in their right elements. But what are the right elements for human beings? Above all things, they need a safe, loving and moral environment that demands personal discipline and responsibility.

Many parents are worried that their children may lose their creative spontaneity because of the rules and regulations imposed by socialization. But fear not. I submit that the true enemies of spontaneity are fear and fearlessness.

Fear limits our life space, restricts imaginations and stifles creative initiatives. We stop trying for fear of failure. We stop dancing for fear of stepping on some one’s toe. We give up dreaming big dreams for fear of success. We cease living for fear of dying. We tiptoe to our graves without ever experiencing the joy of spontaneous living.

Fearlessness can get us into even bigger troubles. Whether it is based on illusions or actual power, fearlessness often propels us over the edge or plunges us into a serious crisis. An ever expanding self-confidence will eventually implode. Sooner or later, those who believe that they have the power to do whatever they want will find a rope long enough to hang themselves.

Both fear and fearlessness destroy spontaneity, though for very different reasons. Neither a fearful well-behaving child nor a fearless omnipotent child is capable of positive spontaneity. Children need to be in their right elements to develop the right stuff.

Therefore, let’s give our children rules so that they can be free. Give them high ideals that they may transcend their limitations. Give them discipline and skills that they may create a better future. Only then will they experience the joy of positive, spontaneous living.