Home » Articles » President's Column » The Meaning of Easter: A Message for Positive Psychology

Easter never fails us. Even in the worst of times, amidst destruction, death and despair, Easter arrives as surely as daybreak, boldly proclaiming the message of renewal and hope.

Whether you believe in the historical truth of the resurrection of Jesus Christ or in its symbolism, Biblical accounts of the first Easter Sunday have proven to be a powerful source of inspiration and transformation.

The world was never the same again. The blood stained linen wrappings and the empty tomb ushered in a radically different era of brave new beginnings. The message of love, faith and hope still resonates across the globe, from the devastated Afghan mountains to the war-torn Palestine. 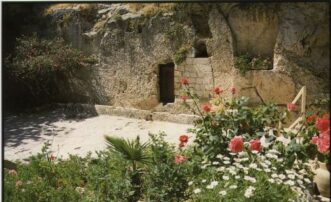 That means hope – hope that transcends our limitations and triumphs over our worst fears. Easter epitomizes the kind of tragic optimism that cannot be crushed by all the forces of darkness, including death.

This is the true meaning of Easter!

In spite of the failings of organized Christianity and its tired religious jargons, the core spiritual truth of the Crucifixion and Resurrection of Jesus still remains one of the most welcome answers to the perennial questions of suffering and death.

In contrast, what kind of consolation can we find in positive psychology? What does it offer to those terrorized by the fear of death? How can it help those whose souls are dying of spiritual thirst and divine hunger? Not much, I dare say, as long as positive psychology still clings to the discredited dream of modernity.

Some positive psychologists still exude the confidence that their scientific research can create a positive society inhabited by virtuous, optimal functioning individuals. However, an increasing number scientists has concluded that scientific progress alone cannot save humanity, and there is a need for integration between science and religion.

The John Templeton Foundation has been instrumental in advancing this view. Our forthcoming Meaning Conference is yet another example of demonstrating how the marriage between a humble science and a humble theology can contribute to the well being of humanity.

As I reflect on the meaning of Easter and it’s message for psychology, it seems obvious to me that a positive psychology that ignores the dark side of the human condition is like celebrating Resurrection without Death – an impossible proposition.

The Bible narrative of Easter also suggests that a positive psychology that excludes divine mysteries may be counterproductive, because it deprives humanity of the wonders of transcendence and grace – the wellspring of hope.

Thus, our challenge is to develop a mature positive psychology that accepts the necessity of suffering and recognizes the reality of the spiritual realm. Psychology is more likely to become truly positive, when it is humble enough to embrace different pathways to knowledge and open enough to explore the varieties of human experiences.