Home » Articles » Positive Living in Difficult Times » The Realities of War: A Soldier’s Fight to Overcome

With the recent invasion of Ukraine, war has once again taken over news headlines all around the globe. While I watch the media coverage, I cannot help but think about my father fighting in a war 70 years ago. He was only a teenager, as were many who fought before him and many who have fought after him. There is a story for each of those soldiers’ time in battle, and for the survivors, of their lives after. To that end, I would like to share my father’s experience as a soldier for the US Army on the front lines of the Korean War. How he overcame the fear of being killed, the terror of witnessing death, the self-condemnation in taking human life, and the pain of taking bullets himself. Despite, or perhaps even because of it all, he was able to live a full and purposeful life.

It was early in 1950, five years after the second world war had ended. My father, a boy of just 16, was eager to go out on his own. He wanted to see the world, and he thought the best way to do that was to join the armed services. Being naïve and idealistic, he imagined being sent to exotic places and maybe even tasting the glory of a fight.  He had fought with boys around the neighborhood and took pride when he won. He thought for certain it would be the same in the case of war. Of course, he had to lie about his age, as many did because the perception of adventure then was not particularly uncommon to hold. While he did get to travel and fight, it was not at all what he had anticipated. Glory is not what he found.

Although the Korean war began in 1950, my dad was not sent in until 1952. Stationed in Japan and engaged to marry, he did not yet have a desire to go to war, not that he had a choice. The hope that he would soon be reunited with his fiancé fueled his determination to make it back home. He once told me, “No matter what you don’t have, you always have hope.” Which, I was warned, is not to be confused with blind optimism. Hope simply means the belief that somehow, he would stay alive to see his family again. Being in the service for two years, he had lost his idealism of youth. He had no idea if he would make it back from Korea. There are many times he felt he might die, and he nearly did. Hope kept him fighting. Fighting for his fiancé, his comrades, and his life.

My father was not in Korea long. When a fellow soldier was struck by gunfire, my dad, as he had done for others, ran out in an attempt to save the man. In the process, he himself was hit by two bullets, one in the leg and one in the lung. If it wasn’t for a mobile army surgical hospital there, he would likely not have survived. Unfortunately, the soldier he tried to save sustained more severe wounds and died. For his valor, he was awarded a Bronze Star and Purple Heart.

There isn’t much time to think while involved in heavy combat. He considered that to be a blessing. Otherwise, he would have been thinking of nothing more than the fact that he was taking sons away from mothers, husbands away from wives, fathers away from children. He believed quite strongly that it was because of his detachment that he wasn’t killed on the first day. He considered it a blessing for himself that he made it out alive. He also considered it a curse because he had, indeed, done those things. He suffered immense emotional turmoil, and as a result he left his fiancé in Japan and ventured back to his home country of the United States.

He did eventually find peace, though. He found new love, married, had children. He was granted a second lease on life and decided to put all he had into giving himself to the service of others, rather than a service of arms. He was able to overcome by turning his pain into purpose. His thoughts and emotions about his time at war were a dichotomy. While he felt awful for the lives he took, he did not regret standing up for the freedom of the South Korean people. He struggled with leaving his fiancé behind in Japan, though he thought it was for the best. Remnants of the war stuck with him; scars, shrapnel and posttraumatic stress. He might not have been there long; however, in his growth from the trauma, he gained so much. My dad was great at making metaphorical lemonade.

My father’s life taught me that hope and courage can get you through your most painful struggles, but are not enough once the fighting stops and your thoughts are free to flow. You must jump back into your fears and dissect, reflect, and piece together the narrative to better understand the realities of the experience. Look for ways to use the discoveries for a purpose. As with my dad who in reflection found his. He wanted to be selfless in helping those around him in everyday life as he was for the men he risked his life for. Take the important lessons to heart. My dad felt the fragility of life. There is no greater appreciation one can experience than realizing just how fleeting and precious life itself is.

Hope, courage, introspection, purpose, action, gratitude, and levity. Those are the immeasurably valuable tools that saved my dad’s life, both in those horrible days of 1952 and for many years thereafter. 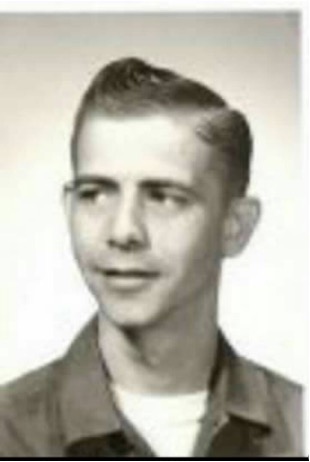 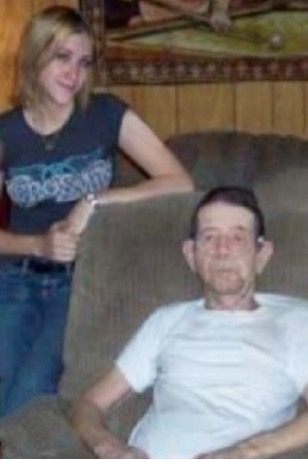