When I studied psychology in university, one of my favorite courses explored theories of personality. At the end of the course, the professor said he was going to introduce one last theory that was unknown and quite complicated. It was important, he said, because it was a forerunner to the approach of positive psychology. He warned us that it wouldn’t make sense of first. After studying it, I realized how prescient it was, and I introduce it here.

The very name of the theory—the theory of positive disintegration—is confusing. What could be positive about disintegrating? Right away, I was interested in digging deeper. The theory was developed by a Polish psychiatrist and psychologist, Kazimierz Dąbrowski (1902–1980). Dabrowski had a challenging life, and his personal experiences shaped his studies and, later, his theory. In World War I, a major battle took place near the town Dabrowski lived in. After the battle he walked among the dead soldiers and said he was struck that some had frightened looks of horror on their faces, while others looked calm and peaceful. These images stayed with Dabrowski as he worked on his Masters in philosophy and studied the levels of reality presented by Plato, as well as the works of the major philosophers, such as Kierkegaard and Nietzsche. 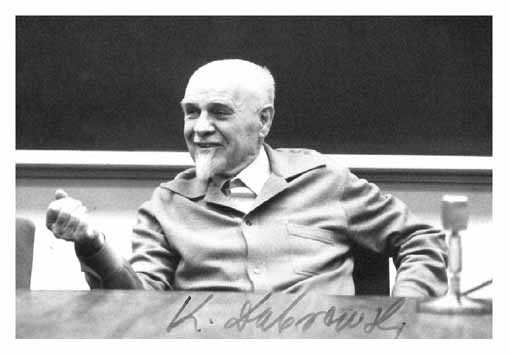 Dabrowski wanted to be a professional musician, but during his studies his best friend committed suicide and Dabrowski decided to devote his life to understanding psychology. He went on to complete studies in psychology and become a psychiatrist under some of the most famous professors of the day in Europe. In the 1930s he began developing mental health programs in Poland with the financial help of The Rockefeller Foundation. Sadly, he was caught up in World War II and imprisoned by the Germans several times. Later, when Stalin took over Poland, Dabrowski and his wife were held in prison for 18 months, where he was tortured.

He said that his experiences during the war showed him both the lowest behaviors humans were capable of, as well as the highest. He could find no psychological theory that could explain this broad continuum of human behavior and set about to develop one. Although the government closely monitored his activities in the 1950s, he went on to observe exemplars of personality development to understand the factors contributing to growth.

Based on his observations, Dabrowski discovered that those who seemed to have had achieved the most growth as autonomous individuals also seemed to have had experienced severe and sometimes repeated personal crises in their lives. Of course, he found that some people who faced apparently impossible situations would be overcome and unable to recover—what we would call today posttraumatic stress disorder. But he found the biggest group to be resilient, able to bounce back to their initial pre-crisis level of functioning. And he discovered a third small group, who experienced major crises and who seemed to emerge the better for it. He went on to describe what he saw as the factors that were related to this latter group—what we would call today posttraumatic growth.

As I mentioned, my professor said the theory fell under the umbrella of what we now call positive psychology. Dabrowski said it didn’t make sense to him to limit diagnosis to only a list of problems or symptoms. Our understanding of mental health had to be based on criteria reflecting positive aspects of behavior and development. He based his criteria on Jahoda (1958), who outlined her basic criteria:

Dabrowski advanced a very strange and counterintuitive idea. Based on Jahoda’s criteria, the average person does not have a unique personality. Echoing “the herd personality” described by Nietzsche and the emphasis on the development of the self advanced by Maslow, Dabrowski was forced to the conclusion that the average person simply robotically follows the herd and, as he called it, displays a group personality. Autonomy is minimized, and fitting in and getting along is emphasized by both educational and governmental systems. Dabrowski (1972) defined personality as: “A self-aware, self-chosen, self-affirmed and self-determined unity of essential individual psychic qualities” (p. 301).

This definition created several problems. For example, how does an individual go from a homogeneous personality where one takes one’s values at face value from their social and cultural environment, without critical or deep evaluation, and end up creating a self-determined, unique and autonomous sense of self? Part of the answer is that the individual must break down his or her initial psychological integration and begin questioning social and cultural mores, and questioning their own basic psychological character. Dabrowski emphasized that the individual must create an ideal of his or her personality to aspire to. After loosening the initial integration, one can create a unique personality incorporating one’s personality ideal as well one’s unique hierarchy of values, aims, and goals in life. The outcome of the disintegration is growth and the creation of an individual’s autonomous personality—this is positive disintegration.

Another critical element mentioned by Jahoda and emphasized by Dąbrowski was that a major feature of the autonomous personality involves significant individual development and growth.  Using a model of levels reminiscent of Plato, the lowest level of development is seen in the initial integration committed to simply accepting the values of one’s culture and “going along to get along,” an aspect that Dabrowski referred to as “what is.” He called this level of development unilevel, echoing the “flatland” described by Edwin Abbott (2006). At this level, reality exists on a single plane where decisions involve choices of equal value. You may choose to go left or you may choose to go right, but the choices are clearly on the same level. Based on his observations of exemplars, Dabrowski understood that the solution to most problems and psychological growth must involve the pursuit of higher levels—the vertical component. Dabrowski described the pursuit of one’s personality ideal as a quest toward higher levels of development wherein the “what is” is replaced by the “what ought to be.”

Dabrowski was not the first to make this suggestion; William James (1999/1902), for instance, pointed out that one’s inner experience is a “battleground” between the actual self (“what is”) and the ideal self (“what ought to be”). In this new multilevel view of reality, conflicts now arise between lower and higher choices: Do I take the low road, or do I choose the high road? These vertical conflicts disintegrate one’s unilevel perception of the world creating opportunities to choose one’s values, aims, and goals, and to determine the course and direction of one’s own development. This marks the beginning of true autonomous individual development.

The next column will dig deeper into this very challenging but very rewarding theory of personality development.

William Tillier is the author of Personality Development Through Positive Disintegration: The Work of Kazimierz Dabrowski (2018), published by Maurice Bassett.

Dąbrowski, K. (1972). Psychoneurosis is not an illness. London, England: Gryf.