Any discourse on the transcendental life is likely to conjure up the image of a Zen Master on a misty mountain top or a Trappist Monk in a remote desert retreat. A widely held notion is that only the esoteric mystics, who have given up earthly affairs in their single-minded spiritual pursuit, can ever realize self-transcendence.

According to this view, the transcendental life belongs to a selected few who are totally attuned to the ethereal, ultimate reality. They have achieved such moral excellence and spiritual maturity, that they are able to be free from worldly cares and temptations and enter into a mystical union with the infinite Being.

However, in the broadest sense, transcendence is an antidote to “stuckness”. It conveys ideas of escape from the mundane daily grind and of getting away from life’s difficulties. But its basic meaning is more profound and inspiring. It indicates the movement of one’s soul towards a higher purpose, an ideal, which is far greater than one’s self.

Thus, transcendence offers hope where no hope can be found; it supplies illuminations, where only darkness rules. It is the secret yearning of everyone who feels burdened or trapped.

Oh that we may fly away on a broomstick and vanish our foes with a magic wand! Unfortunately, Harry Potter lives in a fantasyland, while we are grounded to the real world by gravity!

But fear not. Self-transcendence may be within reach for us mere mortals without any special endowments. In fact, this seemingly impossible ideal may be realized, if we are willing to pay the price.

Transcendence as a Basic Human Capacity for Freedom

To self-transcend is a unique human capacity for freedom – freedom of choice and freedom to rise above internal limitations and external constraints. This basic capacity is rooted in our biology and spiritual nature.

Dr. Viktor Frankl has stressed that even when all freedoms are taken away from us by force, we can still have one freedom, the freedom to maintain a defiant attitude, to take a heroic stance. He was able to transcend the most horrible circumstances imaginable, because of his innate capacity to choose life despite the terrors of the Nazi death camp. This intentional choice to live authentically, according to Jean-Paul Sartre, reflects the most fundamental human freedom. 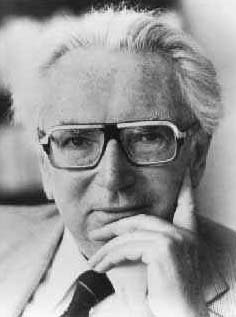 How did Dr. Frankl achieve self-transcendence? His best selling book Man’s Search for Meaning provides some of the answers. Elsewhere, I have written about the pathways Frankl has discovered: logotherapy, love, purpose, hope and tragic optimism. We can also experience transcendence on a daily basis through worship and work, as illustrated by Brother Lawrence.

These pathways to self-transcendence are full of trials and tribulations; they can be found in the trenches, prisons and hospitals. At times, the obstacles seem un-surmountable and the pains unbearable. Yet, no sooner had we come to a dead-end than a new vista suddenly opens up.

The transcendental life can be attained even while one is caught in the throes of earthly struggles for survival. Let us consider the following scenarios and see how we can find a way to rise about these difficulties:

How can we transcend any of the above scenarios of suffering? What are the pathways to get away from troubles beyond our control? Can we pick ourselves up by our own bootstraps from the horrible pit? Is it possible to be freed from human bondage? Is there any way to escape a cruel fate? Is it at all possible to change the misfortunes that have overtaken us?

The Transcendental Life as a Process

When we are at a very low point in our life, we are apt to be resigned to our plight, and answer each of the above questions with a resounding No. But even pessimism cannot hold back the promise of transcendence for long. The defiant human spirit, according to Viktor Frankl, is always there, empowering us to rise above adversities and calamities.

Contrary to common perception, the transcendental life is not necessarily one of quiet contemplative existence, free from the storms of life. Rather, it is a dynamic, forward moving struggle, characterized by alternating cycles of action and non-action, growth and decline. And it shuttles between idealism and realism, day and night, Heaven and Hell.

The transcendental life is a process rather than a product. It is a journey of self-discovery and growth. At the beginning, we may not be sure where we are going, except that to remain stuck is not a good option.

The only viable option is to risk and break out from whatever holds us back. This process can be frightening and painful, but very rewarding. We may never know where it will lead us, but we do know that life is fulfilling only when we dare to pursue our ideals.

Ideally, the transcendental life knows no boundaries and no fears. It is the expression of our potentiality against all the opposing forces. Sparks fly and energy is generated by the eternal conflict. In the process, meaning is created, the true self discovered, and life enriched beyond expectations. 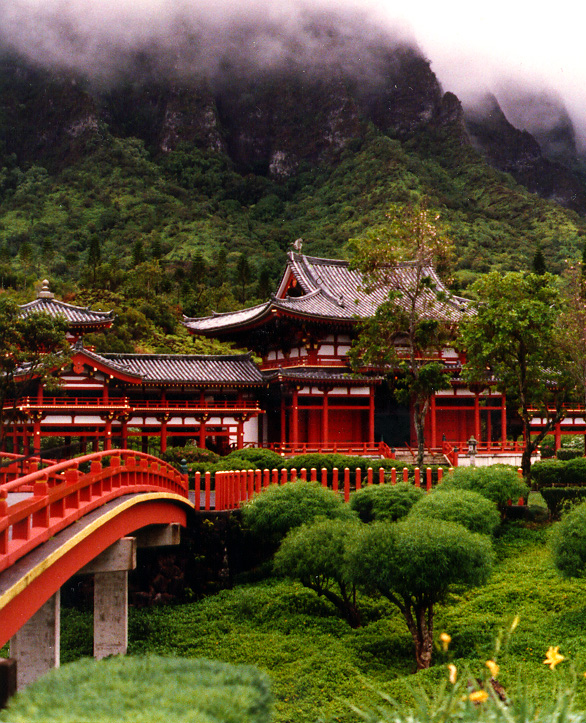 What would be the worst-case scenario for you? What would happen when everything is taken away from you? In the valley of tears, in the abyss of cold darkness, death would be a welcome rest.

All is lost. All is gone. All the clamoring noises have died down. You may feel that your emptiness is as vast as the Sahara desert, and as black as the darkest night. Nothingness looms larger and larger until it fills the entire life space. At this point, you may loose your grips on life, but paradoxically, you become open to transcendental illuminations.

The enormity of nothingness can be transforming, because it liberates us from what has been troubling us. By embracing nothingness, we discover who we really are and what really matters.

Nothingness signifies the fading away of our sorrow and grief, and the casting away of all our cares and burdens. It ushers in a new conscious state of peace and freedom, encumbered by the past.

Taoism/Daoism also teaches mental aloofness and a state of detachment. The basic tenet of Taoism can be summed up in “wu wei” (do-nothingness) in order to follow the Way, the law of nature or Heaven. According to Tao Te Ching, “Eternal Tao doesn’t do anything, yet it leaves nothing undone. If you abide by it, everything in existence will transform itself.”

The Way, a mystical transcendence, cannot be clearly communicated in language. It may be grasped through the metaphor of water, which seeks the path of least resistance. The essence of the Way is its vacuity, its do-nothingness. One can find tranquility and even happiness in troubled times by living a simple life in harmony with nature. 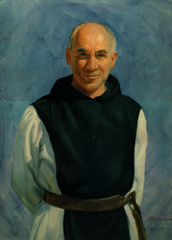 It is not difficult to understand the appeal of Buddhism and Taoism to suffering souls. One can find instant relief from life’s troubles simply by adopting the mental state of detachment. Through an inner act of vanishing and embracing nothingness, burdens melt away and earthly strivings cease. Tumultuous emotions are transformed to still water – calm, submissive, yet stronger than rock. Thus, one discovers the transcendental self through letting go and dying to the world.

In a similar vein, Thomas Merton (1915-1968), the contemplative Trappist monk, wrote in The New Man that the highest form of self-realization is, paradoxically, attained by self-annihilation.

However, in Christianity, nothingness is more than a mental state. It involves faith in Christ, as the Logos who became flesh, the immanent presence of the transcendental God. Faith in a redeemer is the Christian answer to the recognition of our spiritual poverty and brokenness.

Furthermore, instead of advocating withdrawal from the world, Christ challenges his believers to transform it by sharing God’s love. This involves the surrendering of self – the giving up of everything – to serve Him and serve fellow humans.

Jesus said, “I tell you the truth, unless a kernel of wheat falls to the ground and dies, it remains a single seed. But if it dies, it produces many seeds. The man who loves his life will lose it, while the man who hates his life in this world will keep it for eternal life. Whoever serves me must follow me; and where I am, my servant also will be” (The Gospel according to John, 12:24-26).

To follow Christ is to follow his lowly path of service, which eventually leads to the cruel cross of self-sacrifice. The transcendental life can be achieved through being dead to the flesh and being alive to the Spirit of Christ.

Spiritual insights from various religious perspectives on nothingness hold a great deal of promise to understanding the psychology of coping with stress and rising above traumas. In fact, transcendence through nothingness may hold the key to the secrets of the positive psychology of weakness.

Transcendence as an Altered State of Consciousness

Another way to approach transcendence is to focus on the transcendental experience as an altered state of consciousness.

Abraham Maslow refers to transcendence as the peak experience of self-actualized persons. It may be described as a state of ecstasy, spiritual fulfillment, feelings of awe and wonder, and an encounter with the divine.

Maharishi Mahesh Yogi believes that transcendental meditation provides a pathway to spiritual development. Experienced TM practitioners can reach deeper levels of consciousness; they report having experienced a state of enlightenment, a heightened awareness of infinity and oneness, and an awakening to our creative potentials.

It may be helpful to regard such intense spiritual experiences as by-products of self-transcendence. What really matters lies beyond our immediate concerns, beckoning us to strive and press on. In the process, we may be visited by a sacred encounter, when it is least expected.

The transcendental life may be an impossible ideal, but it is a necessary antidote to our propensity to be trapped in our miseries and feelings of helplessness. The very ideal of self-transcendence is sufficient to restore our true humanity, set us free, and elevate our souls to a higher spiritual plane.