Most people take oxygen for granted, until they have problem breathing. Similarly, we don’t realize the importance of hope, until it is shattered or taken away from us. Without the magic of hope, all life withers away.

Just last week, a 16-year old youth hanged himself, because the coach threatened to remove him from the hockey team. About the same time, a 22-year old woman drowned herself after a heated argument with her boy friend.

Each day, thousands of young people commit suicide. Their night falls fast, because they give up hope too soon. Somehow, they cannot see beyond their present difficulties.

Martin Seligman, proponent of learned optimism, offers a simple but effective solution. If individuals learn to explain away their problems as temporary and specific setbacks, then they could remain hopeful that better days are ahead. 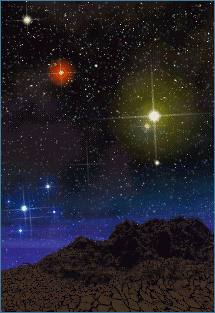 Other psychologists, such as C. R. Snyder, emphasize the importance of agency. If people have confidence in their own competence and resourcefulness to achieve success, then they would not easily succumb to despair.

According to Michael Scheier and Charles Carver, some individuals are simply optimists by nature. They possess what may be called dispositional optimism. They tend to see the glass as half full rather than half empty. They expect good things to happen to them most of the time.

Psychological research by Shelly Taylor and others have also shown that a positive bias may be beneficial and adaptive. A little illusion can be good medicine.

Often, the above ideas of optimism are predicated on the assumption that people are entitled to the good life, which means the absence of suffering and troubling thoughts.

People who hold this kind of worldview may ask: “What good could possible come from pain, fear or despair?” They would suggest: “Banish all negative thoughts from our consciousness, then we can enjoy authentic happiness and lasting hope.”

Unfortunately, the opposite may be true in many situations. Consider a woman who has just been diagnosed having no more than six months to live. After enduring surgery and chemotherapy, that is the only hope her physician can offer her. How far can positive illusion carry her?

You may also consider visiting a hospice. The patients there know why they are there; they are only keenly aware that their physical life will soon come to an end. Could they maintain confidence their own competence when their fragile existence is based on dependence on the care from others?

How about the less fortunate people who live in parts of the world, which have been devastated and decimated by wars, AIDS, poverty and natural disasters. Could they explain their misfortunes away through learned optimism?

Is hope possible in such desperate situations? How could one find hope beyond hope? Do we need to believe in miracles in order to keep hope alive?

Some people refer to December as the month of miracles, because of Christmas. They believe that since God loves us so much to give us His only son, He would surely perform other miracles in our lives if we believe. They pray for healing of terminal illnesses, for delivery from chronic pain and suffering, and for rescue from the jaw of death.

But there a catch for miracle seekers – those who demand miracles are most likely to be disappointed, because God is not a miracle worker at our command. Belief in miracles can give us false hopes.

If belief in miracles is not the answer, then what kind of hope can survive the most devastating blows of life? Where can we find the hope that springs eternal?

The following is what I have learned from those who are suffering and dying – they can teach us a great deal about hope:

Such is the mystery of tragic optimism. Such is the true miracle of Christmas, which shines forever, regardless of what happens to our present lives or our physical bodies.

Yes, you can hope again, even when the world, as you know it, is disintegrating right before your eyes.

You can hope can, when you, with your trembling, feeble hands, embrace life in the valley of death.

You can hope can, when your eyes are open to the enchanting, transcendental reality beyond the physical realm.