In Antoine de Saint-Exupéry’s The Little Prince, the prince comes upon the tippler: 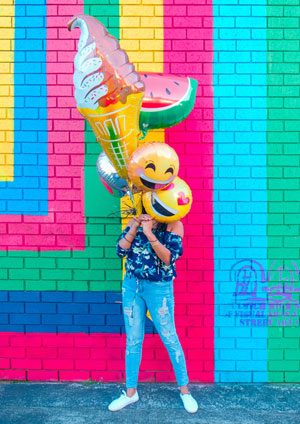 Our Western culture does not like to talk about shame; we hide it, feeling ashamed of being ashamed. But the new discipline of affective science has promoted examining emotions, including the self-conscious emotions of shame and guilt. And it seems that shame is an integral part of addiction. Psychological studies have consistently shown that those suffering from addictions score higher than the general population on measures of shame. And they score higher on measures of shame than on guilt.

Psychologists distinguish between shame and guilt. Although both emotions include a negative evaluation of the self, guilt is more concerned with behavior, with actions that hurt others. Shame, on the other hand, is an internalized belief that the self is flawed. The distinction is important. In fact, many therapists believe that the method to alleviate shame is to help a client transform it into a shame-free guilt.

With few exceptions, psychologists, including addiction psychologists, have not been kind to shame. Luoma, Kohlenberg, Hayes, and Fletcher (2012) said that shame is “nonadaptive” and has “deleterious effects.” Empirical studies, which also include those targeted at addictions, have indicated that shame promotes hiding and avoidance, whereas guilt promotes empathy, accountability, and making amends. Shame, not guilt, is a predictor of relapse in addiction (Randles & Tracy, 2013). Matthews (2019) proposed that shame for those with substance disorders arises mainly from the “false and distorting attitudes and beliefs that are internalised and lead to harmful effects, including further substance use and self-sabotage” (p. 5). Guilt—with its focus on behaviours and not on a defective self—is a far more useful emotion.

Studies have appeared questioning the objective accuracy of research on shame and guilt. There are more than 25 scales developed to measure shame and slightly fewer for guilt (Robins, Noftle, & Tracy, 2007). Tignor and Colvin (2017) found that a researcher’s theoretical orientation and method used to study shame and guilt have likely limited or biased their results. They note, for instance, that studies of shame-proneness (dispositional shame) and guilt-proneness (dispositional guilt) have led to mixed conclusions. The Test of Self-Conscious Affect (TOSCA; Tangney, Wagner, & Gramzow, 1989), a commonly used instrument in addiction studies, essentially sees guilt as beneficial because it leads to reparations, but later research suggested TOSCA does not account for pathological guilt. Giner-Sorolla, Piazza, and Espinosa (2011) concluded that the TOSCA guilt scale tends to measure motivations for reparation but not the emotion, itself. The TOSCA shame scale, however, was stable, an effective predictor of drug use and relapse and had no association with motivation to change. TOSCA might not have gotten guilt exactly right, but shame remained essentially a negative and unproductive emotion.

Shame Can be Beneficial

But is shame simply destructive? It’s telling that most philosophers have had little trouble making a case for shame as a motivator to change. Flanagan (2013, October 8), for example, who personally struggled with addiction, did not hesitate discussing shame as a positive force in addiction recovery. He located two sources of shame in the addicted person: First, the person is ashamed because she failed at agency (i.e., failed to quit the drug), and secondly, she failed to live up to the standards she had set for herself to pursue the good life. Failing at agency and personal standards, the person was motivated to quit the drug and get on with a new life.

Chapman (2019, September 9) pointed out that Immanuel Kant believed that when you are ashamed, you don’t so much “think less of yourself as you think of yourself less.” Being humiliated is not so much about feeling degraded as it is about “feeling humility.” Similarly, Augustine wrote that his conversion arose from the shame he felt when he reflected on his youthful and sinful exuberance.

Shame Arises from Conscience (Our “Second Self”)

If we examine shame and guilt and their relationship with conscience, these self-conscious emotions become even more complex. Although psychologists have not paid much attention to conscience, it has been a staple in philosophy, theology, and literature. As an aside, one of the earliest connections between literature and formal psychology was Dostoyevsky’s influence on Freud. Freud had studied the Russian’s novel Crime and Punishment, which follows Raskolnikov’s conscience before and after he murders the old pawnbroker. The guilt/shame he experiences is less the consequence of his act as it is, in large part, the very thing that propels him to commit the murder, an idea that resonated with Freud.

Nietzsche had little respect for conscience, reducing it to an arbitrary, socially imposed form of self-punishment. But conscience has a long history as a force of positive change—from the ancient Romans and Christians to Hobbes and the Enlightenment thinkers. Contrary to Nietzsche’s interpretation, conscience is not necessarily imposed on the individual by society. Luther, for instance, admonished his followers to listen to their personal conscience, even if society (and religion) condemned it. Today, many countries at war make accommodations for conscientious objectors. Conscience, and following one’s conscience, holds a special place for many of us.

For most philosophers and artists, conscience acts as what Strohm (2011) called a “second self” (p. 66), not an unwelcome outsider preaching a social propriety. It is precisely this link between conscience and shame that led them to conclude that shame can be a good thing. It cajoles us into looking more deeply into ourselves, into our values and identities and beliefs. When we are ashamed, our conscience prods us to reflect on who we are, how we fit into the world around us, and what we want from life.

It is difficult to deny Flanagan’s assertion that shame is a natural part of addiction and can goad the drug user into taking stock of how his life is going and what he needs to do to live a fuller life. But addiction psychologists disagree. My own take on why they resist any notion that shame could be beneficial is that raises two issues, both attached to morality. First, shame is associated with the stigma of addiction, which reduces the chronic drug user to the other, not like us regular people. The stigma promotes shame and has been shown to impede recovery. Secondly, addiction psychologists have worked hard to dismantle the moral model of addiction—a model that condemns addicts as irresponsible reprobates. The denial of a moral component in addiction is particularly emphasized in the biomedical model, which states the addict suffers from a brain disease, not a moral failing.

Yet Flanagan faced the nature of the addict’s shame directly, without apology. He understood that to speak of shame is to recognize addiction as a moral failing. Addiction psychologists can learn from the philosopher. Shame is natural not only to those who suffer from drug use but to all human beings. The Biblical story of the Fall tells us that by virtue of being human, we are imperfect. The idea that we are Fallen, imperfect, is not a condemnation. It is the human condition. As writers from Dante to Eugene O’Neill have pointed out, the Fall is not something bad or negative or to be condemned. It arises from our “second self.” It is, in fact, the source of meaning in our individual lives.

Rather than reduce shame to a “non-adaptive” or “deleterious” emotion, psychologists might well consider that shame, with its focus on the self rather than on behavior, helps us understand who we are, what we want from life, and what we have to do to flourish—but only if we are open to it.