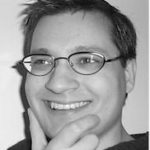 As the days get shorter and we enter the thick of the winter season, there is no shortage of advice for how to deal with the proverbial winter blues. Turn on the TV, open any newspaper, or browse through any magazine, and you’ll be sure to find all sorts of “quick, useful strategies for lifting your spirits.”

Unfortunately, the very nature of these short, attractively packaged media clips often does people a great disservice. Most of the “advice” proffered by so-called experts and professionals encourages people to find momentary escape and distraction in meaningless, short-term activities that do nothing more than help people feel helpless — and that may actually increase the misery that some people feel over the winter months.

Two weeks ago, I was perusing through Xtra West, a well-known local bi-weekly, and was disappointed with the “steps” that columnists Ann Travers and Bubba Jones Patton outlined for “surviving Vancouver’s rainy season.” Their advice? “Get into a ‘temporary’ serious relationship just in time for Christmas.” Similar advice has been echoed in several other mainstream publications. While I think the authors are certainly well-meaning, I feel that this kind of advice is a bit short-sighted. In fact, I think it can be a recipe for feeling blue during the entire year!

My concern is two-pronged. First, I think that this kind of advice inadvertently conflates two very different phenomenon: simple winter blahs and more serious, long-standing depression. Second, I think this advice can give us the impression that we are powerless over our own moods — that instead of beating the blues by finding some sort of contentment inside ourselves, we can find respite only in relationships with others. All of this can set us up for one disappointment after the other and can also cheapen the value of relationships — making us feel more miserable than we did in the first place!

The blues vs. depression

What I noticed in the Xtra West article were two very different undercurrents. On the one hand, the authors set out to casually talk about a relatively ubiquitous winter annoyance. On the other hand, they introduce a not-so-casual idea: pursuing short-term, serious, romantic relationships to beat those doldrums. Encouraging people to enter serious relationships seems a bit disproportionate to the seriousness of winter blahs. The implication in this article — and so many like it — is that simple winter blahs are caused by an absence of interpersonal relationships. This is simply not the case. For many of us, the winter season isn’t a sad time because the days are shorter and there’s nobody around to cuddle with. Rather, the winter season is a potent reminder of longer-standing issues which have gone unresolved for the better part of the year.

These longer-standing issues are often related to something much more significant — and much less season-specific — than the simple winter blues. They are related to clinical depression and, as such, the suggestion that serious, short-term relationships can elevate one’s mood actually diminishes — if not belittles — the deep, dark dread that some people experience over the holidays. Certainly, people who suffer from depression and are also single can feel especially down over the winter season. But the lack of personal relationships is more often a consequence, rather than a ’cause’ of that depression. I speak to this topic from a bit of experience: I am a psychology student who has suffered from both the winter blues and clinical depression for many years.

Instead of encouraging short-term trysts with other lonely, miserable people, we all might do better to suggest that people who feel really down during the holidays take the year-end as an opportunity to explore why they are feeling so dejected in the first place. For people experiencing the usual winter blahs, seeking fun new relationships can certainly be a great mood-lifter. But for people suffering from depression, such advice minimizes their experience and, in fact, only prolongs their misery. Pursuing short-term relationships merely delays the inevitable: looking deeply into oneself to understand why life has become so miserable in the first place. Furthermore, because short-term relationships must, by their very nature, end at some point in the future, the usual feelings of loss that result can reinforce the sense of impermanence, loneliness, and even failure that is part-and-parcel of the depressive syndrome. But more important than any of the above is the idea that finding respite in a string of short-term relationships actually manages to devalue human relationships. When there is no sincere intention of commitment,and no genuine caring for the other person, how can this kind of relationship be serious? If the only reason we enter relationships is to lift our moods — to escape from the scary world outside — then people become little more than tools to be used for our own selfish purposes. This diminishes the mutuality of relationships — the kind of really serious connection that can actually buffer against depression. But we seem to have it backwards: We think that finding respite in relationships will make us feel better and, therefore, make our relationships better. Unfortunately, things work the other way round: Looking within ourselves to work through our depression is the only thing that will set up the foundation for strong, meaningful relationships.

Finding contentment inside ourselves

If finding comfort in relationships isn’t particularly adaptive, what else can we do to help ourselves? Well, in the case of both depression and the winter blues, we can start by relying more on our own, personal resources — resources which are more reliable than anything in the outside world. One of those resources is the ability to find personal contentment.

What do I mean by contentment? I mean cultivating a special place inside ourselves — a place we can go to when the world becomes too much to handle, but in which we can still be somewhat functional and lead meaningful lives. Certainly, we can always turn to alcohol, television, sex, and, of course, ‘serious’ short-term relationships as escapes, but there are two pitfalls with this. The first — the idea that these distractions only forestall the inevitable — has already been discussed. But the second is that fleeting escapes in the outside world — or even into depression itself — can actually paralyse us. Whether we’re experiencing drunkenness, meaningless orgasm, or depression, we’re no longer actively participating in the world. We’re simply passing time without contributing anything worthwhile or meaningful. We are, in essence, immobilizing ourselves — even though our bodies are still in tact.

Would it not be better to look somewhere else for fortitude during tough times — whether it be the dreary winter months or those times when things are so bad that we feel ourselves slipping into dark depression? Can we go somewhere where we can weather the storm outside without putting ourselves out of commission — where we can still live life, even though it’s putting enormous burdens on us? Is there somewhere we can go where we have the peace and quiet to work through our problems without allowing our moods to take on a life of their own? Perhaps we can find contentment inside ourselves, in our own little “secret gardens”? I like the garden metaphor. Not a few avid gardeners have talked about the serenity and satisfaction they feel when they run their fingers through the soil — when they plant the seeds of tomorrow and cultivate life in their own little corner of the world. It is the combination of being in a peaceful place — real or imagined — coupled with the act of doing, reflecting on, or experiencing something personally meaningful and worthwhile that makes this private place such a source of comfort.

Certainly, we can find some serenity and satisfaction in drinking, sex, short-term relationships, television, and even depressive stupor, but those things wear out after a while: drinking ends when you pass out; sex ends when you’ve had your orgasm; short-term relationships end when you get bored; TV ends when the infommercials start playing; and depression ends when… actually, depression is the end. But your own garden? It’s always there. And by its very nature, it’s always growing. Maybe in your garden you grow vegetables. Maybe you grow ideas. Maybe you grow your own roots. Whatever you do in it, it’s always fresh and alive, and it never fails to disappoint. Because the garden is all your own, you can control it — and nobody can take it away from you. And because your garden is always growing, it’s the one place you can be that’s not only peaceful, but in which you can always live a fruitful, meaningful life — regardless of the miseries in the world.

I certainly don’t mean to advocate a life of intense solitude or withdrawal — we all need satisfying relationships — but I do mean to encourage people to find more contentment inside themselves and less in the unpredictable, unreliable, and often disappointing world. For those of us suffering from the winter blues, personal contentment can certainly make the winter months more bearable. For those of us suffering from depression, contentment won’t be enough to make it go away, but it will certainly allow us to remain engaged in a meaningful life while we undergo the difficult process of working through our deeper problems. Whatever the case, the outside world can only offer so much, and I think it’s time we all recognize this.