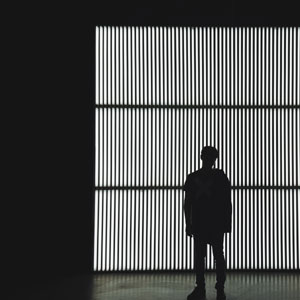 My current research concerns how people suffering from emotional distress undergo significant, positive, and enduring change. Although the people I interviewed for my qualitative study were adult males with addictions, I hope that sharing a few of their experiences will inform the work of researchers and clinicians, regardless of the population they work with.

According to Wong (2006), “The recovery process needs to move beyond healing of brokenness to personal transformation and full integration into society” (p. v). With this in mind, I interviewed seven participants who self-identified as having experienced personal transformation while participating in residential addiction treatment. Although many described their transformation as including a new awareness of their physical health, the importance of family, and performing work that reflects their personal values, for brevity’s sake I will focus on their emotional processes of change. Their stories suggest that both positive and negative emotions play a role in positive change. These findings are consistent with much of the addiction and trauma literature and are presented below in chronological order.

Before Treatment: Intoxication and “Hitting Bottom”

Emotions played an important role in why participants used drugs or alcohol to the point of intoxication prior to treatment. Eric used alcohol to help deal with painful memories of being raped by his former partner: “I didn’t know how to process the trauma and I didn’t know how to be intimate with my [present] partner.” Sean struggled with loneliness, in spite of being a successful engineer, husband, and father of three: “I would get a weekend and I’d just go, and I’d find somebody I didn’t know and just get high and drunk.” Sean described a sense of “disconnect” in his marriage at the time and the need to be with people. He said he enjoyed drinking “with other like-minded people or people going through [similar problems].” Scott was “riddled with guilt and shame” during the height of his online gambling addiction: “I was getting up in the middle of the night gambling and doing it while my wife was at work.” For Scott, the pleasure derived from online gambling became a temporary escape from having to deal with his mounting losses and the guilt and shame associated with hiding it from his wife.

Wong (2012) views suffering as an opportunity for personal growth. This perspective, however, is not shared by the majority of researchers in mainstream psychology. Typically, emotions are held as symptomatic of an underlying pathology. In the addiction field, Khantzian’s (1997) self-medication hypothesis is a good example and relevant here because of its focus on emotions. His theory explains addictive behaviour as a dysfunctional attempt at self-regulating emotional pain. According to the theory, individuals engage in addictive behaviours as a means of achieving emotional stability. Khantzian’s (1985) earlier research found that individuals can use the same drug to address very different emotional needs. For example, “low-energy” individuals use cocaine in response to boredom and fatigue, while “high-energy” individuals use cocaine to amplify feelings of elation. Regardless of whether the emotion is boredom or elation, the self-medication hypothesis posits drug use as a means of relieving emotional suffering. Furthermore, the individual with addiction sees regaining control over their emotions as a way to find relief from emotional suffering (Khantzian, 1997). Many of the participants in my study described their use of drugs and alcohol as a form of emotional self-regulation, variously described as “seeking that next level of escape,” “elevating my mood,” and “numbing” emotional plain.

Research examining the subjective accounts of intoxication takes a decidedly less pathological perspective, focusing on its espoused benefits. For example, many explain their attraction to intoxication based on powerful feelings of transcendence, the human bonding effect of engaging in the ritual of substance use, a sense of belonging, and the heightened self-esteem associated with becoming an “expert” in some aspect of substance use (Gray, 2007; Gregoire, 1995; Hunt & Evans, 2008; McBride et al., 2001; Trujillo, 2004). Ed’s story confirmed how alcohol provides a sense of belonging: “I was a very anxious young man, very socially awkward.” Ed recalled feeling instantly less self-conscious and more social after having his first drink of alcohol. Ed continued to drink heavily for the next 30 years until he experienced the shame of being arrested for an altercation with a police officer at a hockey tournament dinner, in full view of countless friends and family.

Ed’s arrest and subsequent incarceration ultimately led to his decision to get help and is an example of “hitting bottom.” Hitting bottom is typically described in the addiction literature as the potential beginning of positive change. Research has recognized the important role that the experience of hitting bottom plays in the recovery process (Banonis, 1989; Glatt, 1972; Hutchison, 1987; Ludwig, 1985, 1988; Smith, 1998). Hitting bottom has been described as an accumulation of distressing events which can motivate an individual to quit the lifestyle of active addiction, a state of despair in which life becomes intolerable (Blomqvist, 1999), and a point past which people refuse to go (McIntosh & McKeganey, 2000). In my current research, participants identified significant, negative events as their motivation for treatment, such as attempted suicide, a heated argument leading to a called-off wedding engagement, and acute pancreatitis because of excessive alcohol consumption. All of these accounts of hitting bottom involved grief and loss, shame, sadness, hopelessness, or some other negative emotion.

Participants identified both negative and positive emotions as part of their turning points leading to positive change. For example, Ed experienced fear followed by a sense of belonging. In the early days of his treatment, he recalled feeling as if “[I] don’t belong here… I remember being scared.” During the next weeks of treatment, Ed came to realize that “other people are going through this. You’re not alone. It’s not just me.” For Ed, having this insight was “where the transformation started happening.” James recalled how sharing his childhood experience of physical and sexual abuse with the peer group led to a greater sense of control over his past. James told his story for two-and-a-half hours, a full 90 minutes longer than scheduled. The experience was emotional: “I was crying. There was a time when I didn’t talk for 10 minutes.” James returned home and shared his story with his co-workers and girlfriend. He described the effect of storytelling on his sense of self as “I’m getting my ownership back.”

One participant, Nick, shared how an encounter with a deer led to his transformation. Sitting alone one night at a spot looking out over Malaspina Strait, Nick found himself “doing a prayer to myself and asking for a sign.” When he opened his eyes, a deer slowly emerged out of the darkness: “[It] looked at me. Looked down, looked at me again, [and then] just walked away.” Nick had already seen a humpback whale, bears, and deer during his stay at the facility: “There was nature all around.” But this was different: “It was just me and the deer… it was personalized.” Nick’s story is an example of awe, a powerful, positive emotion. Maslow (1964) found that brief but intense emotional experiences—awe—often accompany peak experiences. Emotion theorists have variously defined awe as a distinct emotion (Ekman, 1992), an emotion similar to surprise and amazement (Frijda, 1986), a motivating emotion (Izard, 1977), a vaguely negative state (Lazarus, 1991), and a sense of adventure toward living (Schneider, 2009). Awe involving nature often involves a sense of diminished self and a spiritual presence, such as a higher power (Keltner & Haidt, 2003). Although spirituality is beyond the scope of this essay, participants in my research often described powerful emotional experiences in ways normally equated with spirituality.

According to Wong (2019), shame, guilt, and fear lie at the heart of psychological vulnerability. Vulnerability is commonly understood in a negative sense as being at risk for physical or psychological harm. However, being vulnerable is also an opportunity to undergo personal transformation. Tedeschi and Calhoun (2004) understood the association between negative emotions and transformation. According to their research, guilt is often what initiates self-reflection, leading to positive change. Rather than eliminating guilt, Tedeschi et al. (2018) recommended that clinicians work with clients to “weave it into their lives with the experience as part of their new reality” (p. 69). Similar research on shame has provided further support for the notion that emotional vulnerability can be potentially transformative, leading to greater resilience and wellbeing (Mayer & Vanderheiden, 2019; Wong, 2017).

Ian’s story is a good example of the transformative power of emotional vulnerability. Ian explained he developed a certain arrogance from years of being a successful businessman and living the fast life of partying and substance use: “I wouldn’t want to be told anything really by anybody.” He described his treatment in the following way: “[It] made me drop a chip on my shoulder and made me more apt to take in what [others] had to share about their personal experiences.” For Ian, meeting men who shared his problems with drugs and alcohol was an eye-opening experience: “Everybody is playing the same game.” Ian decided during treatment, “I’m going to be cool with sharing my emotions.” After returning home from treatment, Ian found himself “doing a lot more listening than talking… just taking a break from doing your thing all the time.” Ian shared a touching story about “Tommy,” an older gentleman he had recently befriended. Tommy was very proud of having Ian as his friend. One day, Tommy brought Ian to the soup kitchen to meet his friends. Reflecting on his day with Tommy, Ian said it was about “taking time out of my day… to just go do something for a guy that, you know, has been through similar things.” For Ian, spending the day with Tommy was a chance to be vulnerable again, “man to man.”

Ultimately, individuals with addictions pay a high price for artificially altering their emotions with drugs and alcohol, sacrificing health, relationships, and employment (Thompson, 2012). My research suggests that emotions are not something to be overcome. Instead, emotions, regardless of whether they are negative or positive in nature, can act as signposts pointing the way to significant, positive change. I have shared just a few of the many instances where emotions played a role in the transformation of participants. I am most appreciative of the research of the existential psychology and positive psychology research on emotions, notably Paul Wong (see his recent article on vulnerability), Kirk Schneider and his research on awe, as well as Todd Kashdan and Robert Biswas-Diener (2014) and Tim Lomas (2016).