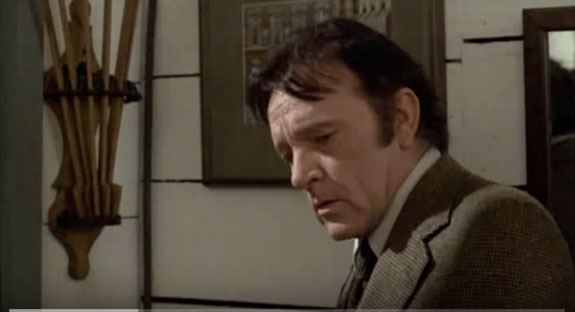 (Scene of Dr. Dysart and the magistrate, from the movie version of the play, Equus, by Peter Shaffer https://www.youtube.com/watch?v=nDajCkGmXSU)

Sir Peter Shaffer’s 1973 play, Equus, follows psychiatrist Martin Dysart’s struggle to make sense of his work. Although he’s treated hundreds of troubled young people in his hospital, his therapy with 17-year-old Alan Strang has triggered questions about whether he is helping his patients live better lives. Dysart tells us that these questions are, for a psychiatrist, “subversive.”

Shaffer’s expertise is, of course, as a playwright. But he has an understanding of Freud and R. D. Laing, both of whose ideas are present in the play, and he said that he consulted a child psychiatrist to ensure his therapy scenes were accurate.

Equus asks questions about the nature of psychotherapy that many real-life therapists shy away from or have never given much thought. Like Dysart, these therapists go about their day easing the pain of others, with a mission to help them live ordinary lives. But Dysart begins doubting whether a life of healthy-mindedness and good order, a normal life, is living at all. For Dysart, “The Normal is the indispensable, murderous God of Health, and I am his priest.”

Alan Strang has blinded six horses with a metal spike, an act that has sparked outrage in the community and guilt in his parents. The magistrate refers the young offender to Dysart, knowing the good doctor can cure Alan’s pathology and help him adapt to a normal life.

During therapy, Dysart discovers that Alan has created a fantasy life in which he “worships” a horse-god Equus. Alan’s daily life is dull and constricted, having been brought up by his severely religious mother and rigid father. He has no friends and little education. His mother gave him a large, stark, realistic picture of the Crucifixion for his bedroom, which his father tore down believing that it was warping his son’s mind. Alan replaced it with an equally large picture of a horse’s head restrained by a metal bit. The two pictures merged in Alan’s mind as a god, Equus. Every three weeks he sneaks out of the house to act out his fantasy by riding a horse wildly through the night, after which they embrace.

The brutal stabbing occurred after Alan met Jill, a free spirit who took him to a stable to have sex. But Alan was overwhelmed by all those horse-gods staring at him, judging him, and he reacts by blinding them.

Dysart knows that he can take away Alan’s pain, but only at the cost of taking away the boy’s passion: “Passion, you see, can be destroyed by a doctor. It cannot be created.” Dysart is sensitive to a life of passion, because the psychiatrist has lived only with healthy-mindedness and good order.

In the scene above, the magistrate tells the psychiatrist that his job is to take away the boy’s pain: “That’s all you need to know in the end.” But Dysart responds that taking away pain is not enough. “I’m talking about passion… Do you know what that word originally meant? Suffering. The way you get your own spirit through your own suffering. Self-chosen, self-made. This boy’s done that. He’s created his own desperate ceremony, just to ignite one flame of original ecstasy in the spiritless waste around him… One thing I know for sure, that boy has known a passion more ferocious than I have known in any second of my life. And let me tell you something. I envy it.”

There are at least 250 mainstream therapy models recognized in counseling and clinical psychology, either because they are science-based or the majority of psychologists approve them. Most have emerged from principles in behavioral, cognitive, and systems psychology, and more recently from neuropsychology. Therapists who rely on these models seem to be in agreement with the magistrate—the goal is to ease suffering and help the client adapt to a normal life. They don’t leave space for the probing questions that Dysart asks, questions on what it means to be human and whether we, as mental health professionals, are truly helping clients as much as we could be.

Rollo May—rather bluntly—called many of these models “gimmicks,” pointing out that the founding fathers of therapy never intended that its goal be merely to ease pain, as if we were like doctors mending broken arms and heart valves. May focused on helping clients flourish in life, which meant depathologizing suffering. Suffering is, as Dysart points out, the original meaning of the word passion. It is through personal suffering that we discover what it means to feel vital and alive.

Psychiatry in the 1970s was different than it is today, and it’s been pointed out that Dysart’s tactic, for example, of lying to Alan about a pill that forces a patient to speak the truth would not be condoned in 2019. Still, Dysart’s subversive questions are reminders of our own limitations as therapists and reminders that human nature may be far more complex that can be accounted for in our current mainstream scientific psychology.