It is most fitting to say something about the transition of INPM staff in this first issue of the Positive Living Newsletter for 2020. It is also an opportunity for INPM members to get a glimpse of some important background work done by our staff members. 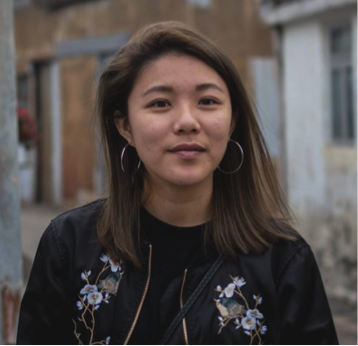 Evelyn came to us at a crucial time when we were working without an assistant and having problems with our webmaster. Right after her graduation from the University of Waterloo, with a HBSc psychology degree, she was introduced to us by a mutual friend with the understanding that this would be a temporary part-time job.  Beginning on September 17, 2015, she worked for both INPM and me on a 50-50 basis and was paid from two different accounts. Altogether, she only worked for about 3 days each week, five to six hours per day.

She impressed me as a quiet, task-oriented worker, who was focused and conscientious. The best thing about her was that she was not afraid of taking on new challenges and initiatives and accomplished her tasks with minimum supervision. She took ownership as if it was her own work. She had great ability for organization and details. From time to time, she would quietly do things that needed to be done even without being told, such as organizing my messy documents and emails.

From the beginning, I knew that her calling was to serve God full-time in the Christian ministry. Shortly after starting to work for us, she married a seminary student and began to find another part-time work with the Ambassadors for Christ.

After her husband’s graduation from Tyndale in 1998, she moved to Hong Kong with him during September 2018, where he accepted the call of being the pastor of Emmanuel Church, an English-speaking congregation which I myself used to attend before immigrating to Canada. Fortunately, she was able to continue working for us, though less consistently. Recently, she got a full-time job in Hong Kong and would no longer work for INPM at the end of this year.

During her tenure with us, she managed and copy-edited both the Positive Living Newsletter (PLN) and the International Journal of Existential Psychology & Psychotherapy (IJEPP). She had just written an operational manual for both publications and mentored our incoming assistant, Tim Yu. Without any professional training in web design or web development, she developed my websites (drpaulwong.com and meaningtherapy.com), the conference website for our Meaning Conference, and manage all three INPM websites (meaning.ca, inpm.org, existentialpsychology.com). She did all this at only a fraction of the cost in time and money compared to work done by a professional web designer. The best part was the she was able to get things done right without asking me too many questions.  That’s why her departure is a big loss to INPM. We wish her continued success in her new job in Hong Kong. 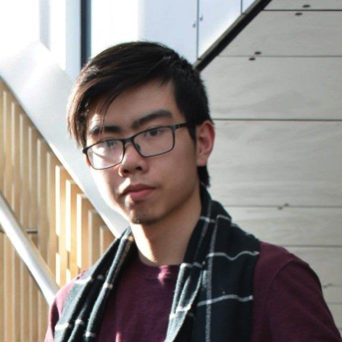 I would also like to welcome Timothy Yu and introduce him to the INPM community. Tim is another “miracle” story. He first emailed me in June 28, 2019, inquiring about a summer job. He just completed his first year at the University of Toronto, majoring in both psychology and history. Typically, I only consider psychology graduates to hold this job, but Tim’s email showed me that he had a lot of courage, and he did something normal first year students would not do. I asked him to attend our Meaningful Living Meetup that week to see how he interacted with people and also to interview him after the Meetup.

He showed up as a tall, lanky, and serious looking teenager, and was able to participate in a much older group of people. During the interview, he showed admirable qualities such as conscientiousness, courage, seriousness of intention, and willingness to accept challenges. I hired him right on the spot because of his potential and asked him to shadow Evelyn. I took a chance on him and invested money and time for him to learn the necessary skills to do the job.

My confidence in him has paid off. He has taken on more and more of Evelyn’s work. Although there are still areas that need improvement (such as copy-editing), he is already quite competent in managing the websites and working as my research assistant and administrative assistant for the INPM. I trust that he will soon be able to fill Evelyn’s shoes.

Apart from his technical skills, Tim has surprised me with his artistic talents, whether they are piano compositions or meme design. The assistant who used to do the memes for me has left us, and Tim is able to fit in that slot perfectly. Just look at my Facebook account to see some of the amazing memes he has created.

INPM works on a shoe-string budget. We are able to advance because we have people who believe in the mission of INPM and are willing to do their best for this cause. I invite more members to join us in the global endeavour of effecting positive changes in people’s lives.