“So if you want to know the truth about the universe, about the meaning of life, and about your own identity, the best place to start is by observing suffering and exploring what it is.” 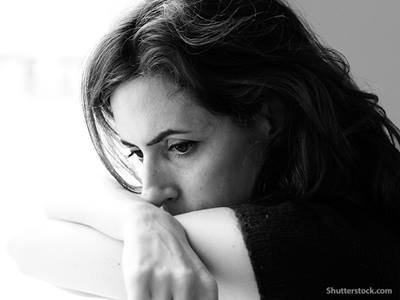 Today, we often see suffering as unnecessary or unfair. Pharmaceutical advertisements tell us that we need not suffer because relief is only a pill away. Similarly, troubled souls seek out therapists to ease their suffering. Television shows and courtrooms play out malevolent acts against the innocent. Suffering is an abnormal condition that leads only to misery.

Yet, is our modern tendency to see suffering as abnormal and without value an accurate description? Harari’s lesson, above, hints that suffering, far from being optional or aberrant, is natural. It hints of the necessity to recognize that suffering is central to what it means to be human, and the study of suffering can help us better understand human nature.

Compared to explorations of suffering in philosophy, which go back millennia, psychological studies are only a few decades old. Although much research is needed, we know from previous explorations that suffering is hardly simple or one-dimensional.

Eric Cassell’s (1981/2004) influential book, The Nature of Suffering and the Goals of Medicine, lamented that medical doctors have a weak understanding of suffering. Medical training teaches doctors to anatomize patients, abstracting a small, circumscribed part from the whole human being. The anatomizing is useful for “[understanding] pain, difficulties in breathing, and other afflictions of the body; for [understanding] suffering, no” (p. 205). Suffering, for Cassell, focused on the individual’s experience, how the person made sense of their suffering, and how cultural patterns and beliefs influenced the individual’s experience of suffering. Proper medical treatment for suffering, he said, demanded the physician attend to these various factors, to the meanings the person gave to their misery.

Similarly, Brinkmann (2014) argued that the biomedical interpretation of suffering in cases of mental health was too limiting. Since 1980, the Diagnostic and Statistical Manual of Mental Disorders (DSM), essentially the psychiatrist’s bible, views a person as a neurochemical self, where suffering arises from an abnormal condition, which makes the person different from regular people. According to the DSM, we’re not whole human beings. The DSM view has now travelled far beyond psychiatry. Any of us can complete an online test and discover if we’re depressed or anxious or have an addiction. And we can apply the DSM to others. Internet blogs are filled with instructions on how we can learn if we’re in a relationship with a narcissist or sociopath. The DSM has become part of how we define ourselves, including personal identity. (Since 1980, the DSM has substituted the context of a person’s suffering with a specified set of symptoms.)

Both Cassell and Brinkmann pointed out that the lens through which the medical profession sees suffering is too narrow to capture the psychological and cultural influences that define suffering. Philosopher Bueno-Gomez (2017) echoed their view, suggesting that modern medicine fails to sufficiently account for “symbolic, subjective, and meaningful dimensions of pain and suffering” (n.p.).

Suffering has a moral coloring. Gray and Wegner (2017) pointed out that people look for agency in positive or negative experiences. When no agentic entity or condition is present, they often ascribe it to God (especially if the experience is negative). “Although it might be handy to find an agent behind a moving bush, it is only when that moving bush invokes our moral judgments by hurting or helping that people are compelled to locate an agent” (p. 10).

Suffering has a relational element. Boston, Bruce, and Schreiber (2011) suggested suffering is a loss of connection with self, others, the phenomenal world, and ultimate meaning.

And there are many more principles—suffering is holistic, experienced individually, and so on. It seems that suffering stamps itself onto various aspects of the individual’s life.

The Value of Suffering

The media routinely interview victims of crime or disaster, who tell us that their lives have been irreparably damaged. Yet we now have evidence that suffering can help us improve our lives—if we are open to it. This is not to say that suffering is all good or to encourage anyone to suffer; rather, it is a recognition that suffering is natural and it seems beneficial to use it to our advantage.

Frankl maintained that in suffering the individual is provided the opportunity to realize his or her essential freedom to choose the meaning of that suffering, as well as the meaning of his or her life. Thus, Frankl (1986) could say that “human life can be fulfilled not only in creating and enjoying, but also in suffering” (p. 106).

Psychologists now routinely point out that it is through suffering that we grow as individuals. In the introduction to their book, Frailty, suffering, and vice: Flourishing in the face of human limitations, Fowers, Richardson, and Slife (2017) wrote:

The key message of this book is that it is neither necessary nor desirable to eliminate human struggles and frailties to pursue a flourishing life. In fact, we aim to show that the proper responses to human limitations are actually the best pathway to a flourishing human life. Learning and growing from difficulties is a vital pathway to flourishing that may appear more indirect than the more commonly discussed direct pathway, but it is one that is far more inclusive of human experience.

Fowers, Richardson, and Slife’s “proper responses” are essentially choices. One choice is to wallow in suffering, finding no meaning in it, and falling prey to misery. Other choices lead to better life, such as spurring the need to develop authentic connections with others (Boston, Bruce, Schreiber, 2011), feeling a sense of shared humanity by joining with other suffering people (Hoffman & Paige, 2017), promoting posttraumatic growth (Zieba, Wiechec, Bieganska-Banas, & Mieleszczendo-Dowszewicz, 2019), and developing patience (Schnitker, Houltberg, Dyrness, & Redmond, 2017).

The idea that suffering is a problem in this person or that person, which makes them different from normal people, is highly questionable. From his perspective of existential therapy, Hoffman (2017) stated:

A foundational assumption with psychological diagnosis is that there is something different in people experiencing a particular type of psychological problem that causes their suffering. An existential perspective on diagnosis is different. It assumes that an individual’s suffering is rooted in their existence. (p. 3)

Rooted in existence as it is, “suffering unites people in a shared humanity” (p. 3).