The Meaningful Living Project was conceived and launched by Dr. Paul T. P. Wong in 2011 according to his Facebook posting on January 1, 2011:

“Woke up early this morning, praying for ways to get through all the competing voices and get my message out. How can I sum up the Meaningful Living Movement in a simple effective statement? Here is my first attempt: To make life better for all, we need to focus on living a reflective, responsible, and resilient life.

This rewarding journey begins with moments of reflection. An unexamined life is not worth living. Today, I need to re-examine my own life — my resources, limitations, and most cherished ideals. I need to contemplate on what really matters and what should demand most of my energy and time. Most specifically, I need to reflect on the various options so that I can decide on the most effective way to launch the Meaningful Living Movement (M4L).” 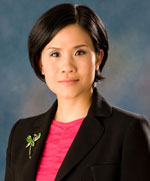 In response to his posting, Carrina Chan Wong donated $10,000 CAD. This unsolicited contribution was taken as the “Go Ahead” signal from God to launch this project. After much preparation, the project was launched later in 2011.

At the initial first Meetup to gauge the interest in Meaningful Living, over 20 people showed up. After some discussion, the group decided to have two meetups each week in order to accommodate more people – one meetup on Sunday afternoon, and another one on Wednesday evening.

The first round of Meetups consisted of 12 lessons. The format was simple: firstly, a brief meet-and-greet, then a half-an-hour PowerPoint presentation by Paul Wong to be followed by small group discussion, ending with a time of refreshment and social. Each session took about one and a half hour.

Wong (2011) introduced the M4L meetup as a grassroot mental health movement in the Canadian Psychological Association’s Psynopsis. At its height, over 40 people participated in the Meaningful Living Meetup. A video about the meetup in action can be found through this YouTube link.

The M4L project has evolved from its conception as a follow-up course developed by Paul Wong during the 90s for those who have attended the Alpha Course. The re-incarnation of this project in 2011 continued the conversation on a purpose-driven and meaning-centered life, but with a broader vision – it is designed to advance positive mental health for all people regardless of their religious and sexual orientations.

A great deal of energy has been devoted to spread the good news of meaningful living. Over the years, hundreds of people have gone through different M4L courses and lasting friendships have been formed. Some have become members of the International Network on Personal Meaning.

Wong has suspended the meetups for now because of COVID-19. He plans to restart the meetups in the near future. Looking forward, he also hopes that the M4L project can be adapted to different languages and used in different countries for all those searching for meaning in a time of chaos and uncertainty. All the course materials of the M4L project can be found on the INPM’s Website or on the Meaningful Living Project Channel on YouTube.