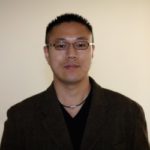 I emigrated from South Korea when I was five and have much to thank my parents for in giving me the opportunity to create a good life in Hawaii and later in New York City. I graduated from SUNY at Buffalo with a double major in psychology and philosophy. Thereafter, I completed my doctorate in Clinical Psychology at SUNY at Stony Brook, followed by a one-year internship at NYU-Bellevue Hospital Center, in New York City. Currently, I am a Professor of Psychology in the Clinical Science area and a Professor of Social Work at the University of Michigan.

I have been teaching and conducting research related to positive psychology and diversity for more than two decades. In fact, I was one of the first, and also the only person of color, to be invited to participate in the inaugural Positive Psychology meeting held in Akumal, Mexico.

I enjoy teaching and mentoring, and emphasizing the importance of intentionality in whatever we do in life. Most recently, I have started to embark on a topic that I explored when I was an undergraduate philosophy-major long ago, namely, the importance of Nietzsche’s notion of amor fati. I have always been fascinated by Western existentialism and phenomenology, and even took a graduate seminar covering Sein und Zeit during my senior year in college.

However, I have also become interested in exploring points of intersectionality between such Western philosophical positions with those found among Eastern thinkers. In that regard, I am delighted and honored to have been asked by Dr. Wong to serve as an incoming Associate Editor of the International Journal of Existential Positive Psychology.