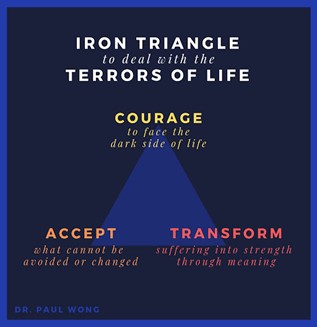 Covid-19 changed the world seeing many, and differing, degrees of suffering that continued into 2021.  Yet, second wave positive psychology delivers an important message: mindfully accepting and exploring our own suffering can develop both resilience and creativity.  2021 granted an opportunity for anyone to draw on this very strength and build resilience.  Positive psychology put cinema therapy on the psychological map.  Offering an individual an adventure, through animated story telling, to seek meaning, construct meaning, and reconstruct meaning.

To boost creativity, I turned to the Life of Pi as the film depicts a story of hardship and survival.  As many scenes deliver bright colours throughout, momentary experiences of joy each combine to enable a uniquely positive quality that allows the viewer to inventively gain their own meaningful perspective.  My imagination drew together two specific scenes that capture the Iron Triangle of Strengths for building resilience from challenging emotions, even in the harshest of times: 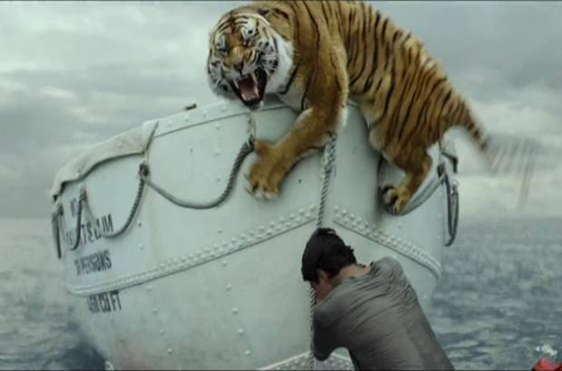 Scene 1) As a child Pi is eager to befriend a powerful and fierce tiger, Richard Parker.  Horrified, Pi’s father, Santosh Patel, claims “That tiger is not your friend.  When you look into his eyes, you are seeing your own emotions reflected back at you. Nothing more.” 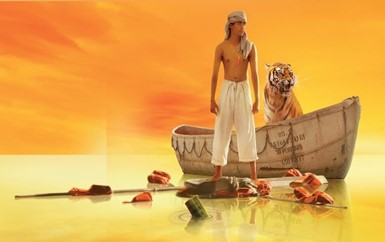 For me, these scenes accentuate the importance of courage, acceptance, and finding meaning for transformation in challenging times.  2021 became an important time for me to be more rigours with my own mindfulness practise and embrace the courage to look inwards and train my inner Richard Parker with abundant compassion and acceptance.  And the meaning for transformation?  Well, “survival had to start with me.”

This is an offering of my diverse interpretation tying together several scenes.  This film quenched my thirst for creativity.  It reminded me not to avoid or fight reality but to courageously accept, with compassion, reality as it is.  And how mindfulness can embody a deep gratitude for cultivating inner acceptance as it builds resilience.  Yet, the Life of Pi inspires creative juices to flow to discover many ways to integrate negative emotions and difficult situations, and even establish a changed worldview.  Whatever an individual’s takeaway message, Pi remains the narrator of his survival story, able to self-direct and self-transcend.  Duly, the Life of Pi can empower us all to narrate our own story of survival.