We were born alone, we suffer alone, and we die alone. It becomes increasingly difficult to ignore this existential reality in the age of COVID-19, even for those with a sunny disposition. It is understandable why there is a heightened level of loneliness globally with mandatory lockdown and social isolation. If you are struggling with feelings of loneliness, you are not alone. Loneliness is an inevitable aspect of the human condition, but its effects depend on how to react to it. In this essay, I will first discuss the nature of loneliness and its adverse effects. Then I will explore the exciting new perspective of existential positive psychology (PP 2.0) that if we confront and embrace all the inevitable existential anxiety and suffering, COVID-19 provides an opportunity for positive transformation. 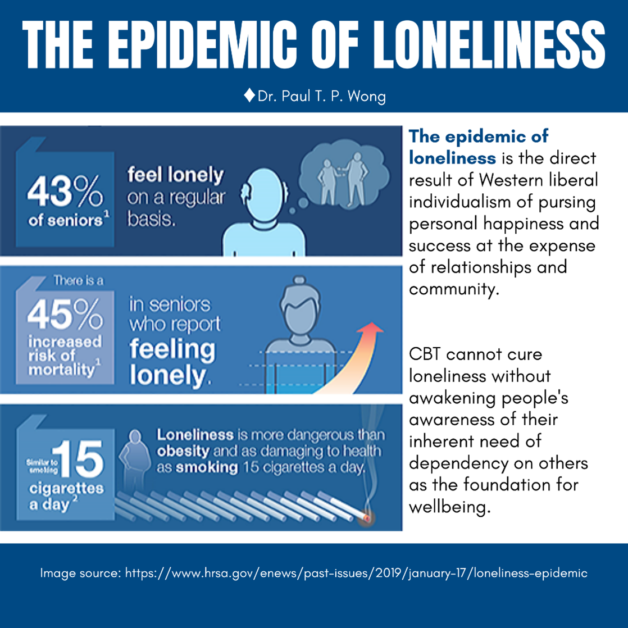 Loneliness and the Human Need for Social Connection

John T. Cacioppo (2008), a pioneering neuroscientist, reveals that it is human nature to need social connection and relationships, and social isolation can have serious consequences for both mental and physical health. Ami Rokach, a clinical psychologist and author of Loneliness, Love and All That’s Between (2013) also confirms that if you feel lonely, you are not alone. In fact, research shows we are lonelier now than ever before. According to Danilo Bzdok & Robin I. M. Dunbar (2020), never before have we experienced social isolation on such a massive scale as we have in the era of COVID-19. Over recent years, evidence has accumulated that perceived social isolation or loneliness may pose a serious threat to our survival, health, and longevity. As social creature, we need social bonds and connectiveness with each other.

The Worst Kind of Loneliness

Personally, I have discovered that the worst kind of loneliness is not when you are alone, but when no one cares about your existence or when no one understands your inner struggles.

When I was ushered into the recovery room after a major surgery, I could hear everything around me, and I could even think clearly, but I could not move any part of my body, nor could I express myself. To other people, I looked like someone still under general anesthesia or in a coma, while I was very much alive psychologically and spiritually. Loneliness is the horrible feeling of being discarded from the land of the living and the feeling of utter helplessness and hopelessness.

On another occasion, I was sitting at the head table at my niece’s wedding. I was surrounded by family and friends, with cheerful music and happy people all around me, but I felt like I was living in a twilight zone, with no one aware of what was going on inside me.

On that day, I had just undergone a MRI and bone scan to find out if my cancer had spread. I was not afraid of death, but the idea that I had to leave my family and had all my creative ideas and unfinished work buried with me made me feel very sad. All the laughter and happy people did not lift up my spirit; they had the opposite effect of making me feel totally disconnected with the rest of the world at the psychological and spiritual level.

However, the most difficult kind of loneliness which I had to endure for many years is to blaze a new trail at great personal costs in search of the truth, even when no one truly understands your mission and shares your burden. Worse still, even your closest associates question your motive or betray you. I have no one to share this inner pain except with God, and I have to carry my hidden wounds to my grave.

The painful experiences of loneliness listed above has made me understand why a sense of disconnection or rejection could drive people to addiction (Hari, 2015) or depression and suicide (Bower, 2020).

In times of mandatory lockdown or loneliness, when we are not actively engaged with the outside world, the default mode network in our brain become active; this part of the brain is also referred to as the ruminating brain because we typically get stuck when going over our past mistakes. Just as an uncultivated land invites weeds to grow, an unoccupied mind invites negative thoughts, such as going over past mistakes again and again, or worrying about an uncertain future.

According to the response styles theory (Nolen-Hoeksema, 1991), self-critical rumination increases depression by enhancing negative thinking and eroding social support. However, in rethinking rumination, Nolen-Hoeksema, Wisco, and Lyubomirsky (2008) provided an excellent review of the effects of rumination and suggested that there might be adaptive and maladaptive forms of self-reflection.

For example, they suggested that mindfulness training may help depressed people gain attentional control and reduce the negative effects of rumination. In addition, distraction intervention, such as knitting, was an adaptive alternative to rumination.

More recently, Mwilambwe-Tshilobo and colleagues (2019), have shown that when the default network is less connected with thinking, attention, and perception, it leads to greater loneliness. Thus, one has a narrow window of opportunity to make the adaptive choice to pay more attention to meaning and social connection, reducing in depressive rumination and loneliness. 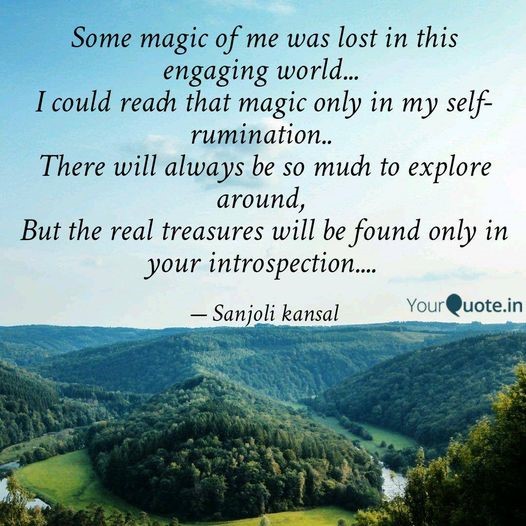 Regarding adaptive rumination, I propose that there are two secret pathways to discovering the magic of spiritual rumination. The first is to persist in depressive rumination until one learns from past mistakes and finds the forgiveness and self-compassion necessary to set one free from the bondage of guilt, shame, and fear (Wong, 2019).

The second pathway is to ruminate on all things spiritual, from the inner treasures of peace, joy, meaning, and imagination of a better future, to the transcendental values of ultimate goodness, beauty and truth, and the attributes of God or source of all life. Such spiritual exploration will deepen our self-understanding and our appreciation of transcendental values. I will elaborate on the adaptive rumination in the remaining section of this essay.

The Bright Side of Loneliness

Yes, there is a bright side of loneliness according to PP 2.0. The most exciting new development in positive psychology is that one’s painful emotions and experiences can serve as the springboard for one’s positive transformation. In other words, we can become better and stronger human beings through suffering.

More and more research findings are supporting this revolutionary framework (Wong, 2019b), even in the area of loneliness. Some brain research also supports this view. For example, according to Thorpe (2018), “the positive relation between loneliness and spontaneous activity in ITG, which is one of [the] brain regions that participates in social-information processes, may reflect the greater readiness of processing social information among lonely people.” Thus, loneliness can facilitate connectiveness.

The movie Cast Away provides a compelling story of the transforming power of loneliness (Pirnia, 2016). 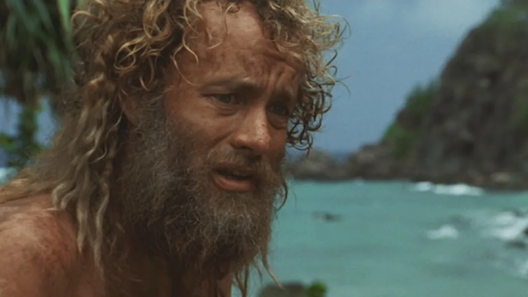 When FedEx employee Chuck Noland’s plane crashes, he ends up stranded on a deserted island for four years, with an inanimate volleyball named Wilson as his only friend. Tom Hanks, who played Chuck, said that the plane crash might be the “BEST THING THAT EVER HAPPENED” to him in an audio interview. “Somehow, at the end of the movie, you can stand on the crossroads and it’s going to be okay, it’s going to be alright, as long as you keep breathing and have a certain kind of perspective and proportion to your life.”

In an older castaway movie, Defoe’s Robinson Crusoe was an example how to transcend loneliness during his long exile on an island through self-reliance and faith in God. In short, the story shows that a healthy dosage of loneliness can save one’s life by increasing one’s resourcefulness and faith in God. Professor Barbara Taylor (2018) had this to say about Crusoe’s transformation:

“Crusoe’s extraordinary exertions drive the narrative, with his solitariness serving to highlight his self-reliance and enterprise. Gloating over his crops and goats, Crusoe’s solitude is suffused with the go-getting spirit of economic entrepreneurialism. Isolated as he is, however, Crusoe is never entirely alone – God is with him. A worldly man, at first, he knows nothing of this, but midway through his exile he undergoes a religious awakening and thereafter experiences the joys of Divine companionship.”

Build Your Positive Psychology on the Solid Ground of Suffering

You have probably never read or heard anything from positive psychologists about how loneliness or existential suffering is essential for our happiness and flourishing. Your natural tendency to avoid anything uncomfortable may have prevented you to face your own abyss and existential suffering so that you can discover your true self and life projects of self-transcendence.

Consider the historical Buddha as an example of building one’s positive psychology on the foundation of suffering (Levine, 2009). Buddha found awakening by giving up the privileged life as being a prince as a young man to start his lonely quest for the relief of human suffering and mature happiness.

Also consider Henry Thoreau who gave up the comforts of city living and chose to retreat to the woods for a few years so that through his blessed solidity and loneliness, he might gain some new insights into life and the world.

Paradoxically, when we’ve lost everything we depend on for comfort and happiness, we are given the opportunity to consider the road less travelled – the narrow path of sacrifice, suffering, and loneliness.

We are indebted to the wisdom of existential philosophers who teach us the importance of finding authenticity and wholeness through confronting and embracing the dark side of ourselves. If we simply focus on our best self, it is like building a castle on the sand, which can not stand in times of trials and tribulations, like the present pandemic.

In other words, existential loneliness provides a way for us to confront our true self and discover answers to our questions regarding the meaning of life. Loneliness is not only an ontological reality, but also a psychological necessity for a coherent authentic life.

According to another philosopher Paul Tillich, the experience of loneliness becomes a source of creativity and a heightened sense of self, resulting in more profound sense of being connected with others and God. Ultimately, one needs to have the faith and courage of an authentic human being.

There is also evidence from neuroscience research supporting this approach. For example, Kathleen and colleagues (2015) reported that meditation was associated with reduced activity in the default mode network. Replicating and extending prior work, this paper indicated that “suppression of default mode processing may represent a central neural process in long-term meditation.” Thus, during times of loneliness, we can shift from depressive lamination to meditation, and explore our inner recesses as well as the transcendental realm.

We often tell others to focus on their strengths, present their best self, or dream big. But such simple-minded positivity is once again like building a castle on the sand, which will not stand in times of trials and tribulations. We also need to prepare people for setbacks and traumas. PP 2.0 advocates the need to confront and overcome our worst fears; it also encourages us to make the best use of our loneliness to get to know and rescue the dark side of the self which we have tried to avoid.

Several activities can transform depressive lamination to adaptive loneliness, which can contribute to a rock-solid foundation of suffering for mature happiness (Wong & Bowers, 2018).

In addition to mindful meditation, we can also spend time alone with nature which can help us be happier and more creative (Suttie, 2016).

More importantly, we can explore what is meaningful, beautiful, and uplifting. Our mind is always wandering, when it is not profitable engaged (Baer, 2017). Our mind tends to wander to what our heart desires. We can avoid being sucked into the black hole of depressive rumination by imagining a better future, exploring the mysteries of life, or getting to know and transform the shadowy side of ourselves.

Hari, J. (2015). Everything you think you know about addiction is wrong. TED.com, https://www.ted.com/talks/johann_hari_everything_you_think_you_know_about_addiction_is_wrong

Levine, M. (2009). The positive psychology of Buddhism and yoga: paths to a mature happiness. Routledge.

Taylor B. (2018). Robinson Crusoe and the morality of solitude. Wellcome Collection. https://wellcomecollection.org/articles/XA44NhEAALf5xtU2?utm_source=Google&utm_medium=Google%20Ad%20Grant&utm_campaign=Stories&gclid=CjwKCAjwwab7BRBAEiwAapqpTOpXk82yAZVJigRB6xt-6KRznFtg27fvh6K6lVma1oS1T39pMWvXWhoC_5MQAvD_BwE